[ENGLAND] Gedion Zelalem, a product of the Olney Boys & Girls Club program in Maryland, made his debut for Arsenal, two days before his 17th birthday, in the Gunners' 4-0 win over Coventry City in the English FA Cup match on Friday.

The Ethiopian-born Zelalem came on in the 70th minute.

"It was a good opportunity to give Gedion a chance to play," said Arsenal manager Arsene Wenger. "He wants the ball, he is not fazed by the occasion"

Zelalem has been hailed as one of the best prospects to come through the Arsenal youth system in many years. 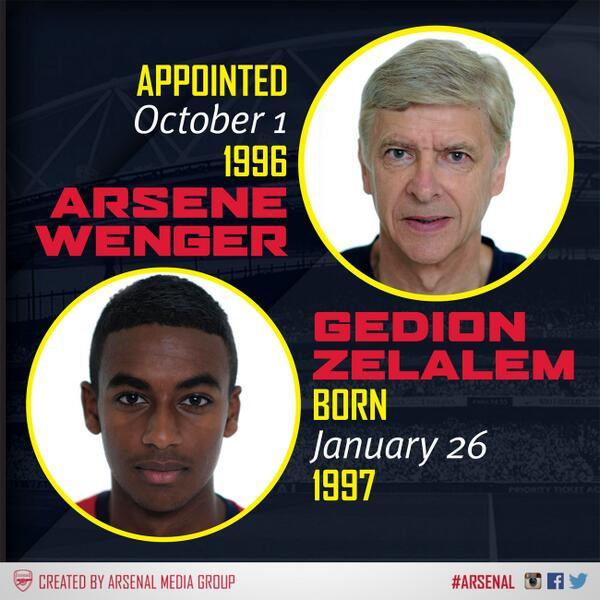 Zelalem, who played for Germany’s U-16 team, is of Ethiopian descent, but he also trained with the U.S. U-15 national team after in 2006 moving to Washington, D.C., where he played with the Olney Rangers. His coach, Matt Pilkington, brought Gedion to the attention of Arsenal’s North American scout, Danny Karbassiyoon, which is how he got to London.

Zelalem showed flashes of his great skill on Arsenal's summer tour of Asia, and he has played this fall for Arsenal's U-21 team.
youth boys
2 comments about "Gedion Zelalem debuts for Arsenal".
Read more comments >
Next story loading