It is the third city -- all located in the Southeast -- MLS has announced plans to move into since Commissioner Don Garber targeted MLS's growth from 20 to 24 teams by 2020. Orlando City will begin play in 2015, while MLS's move into Miami is contingent on it securing a stadium.

Blank is the fourth NFL owner to purchase an MLS team after Robert Kraft (owner of the New England Revolution since MLS's first season), Stan Kroenke (owner of the Colorado Rapids) and Paul Allen (minority owner of the Seattle Sounders) 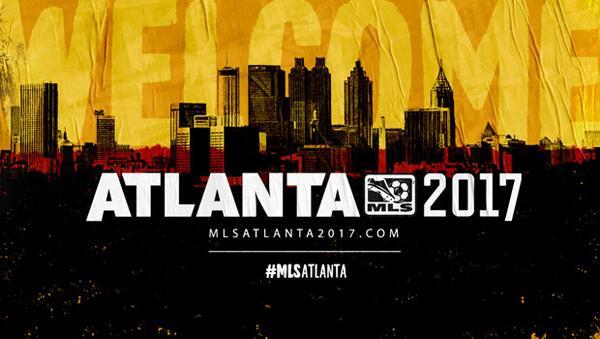 Garber called Blank, who purchased the Falcons in 2002, one of the most respected owners in pro sports.

"He had a focus on fans and keeping fans first," said Garber, "and a focus of being very committed to community service."

The new MLS club will play in a new downtown stadium that will cost $1.2 billion and be paid for by stadium bonds issued by the Atlanta Development Authority and repaid by the city of Atlanta through a portion of revenues it receives from a hotel tax.

"Never will there be an MLS game where there will be NFL lines," Blank assured fans.

Blank said his group has been working for more than 10 years. Falcons senior vice president Jim Smith was previously an executive with the Columbus Crew, where he was 2001 MLS Executive of the Year

Blank said the MLS team would have its unique fan base, different from the Falcons, and involve it in the selection of the team name, color scheme and logo.
4 comments about "Atlanta introduced as 22nd franchise".
Read more comments >
Next story loading