[THE PITCH] Growing up, one of my dad’s favorite expressions was the compliment, “She always brings her lunch pail.” The phrase, with roots in American football, tips its hat to the blue-collar workers who were so hard working that they barely took time for lunch. So, “On Any Given Sunday” right before I took the field, my dad would nudge me, “You better bring your lunch pail!”

Soccer has brought me back across the Atlantic into the heartland of the USA, and I am awe struck by the impressiveness of Chicago. Always an explorer at heart, relocating here has made me not only a member of the Chicago Red Stars, but also, an excited and happy tourist. I’ve spent my first month trying to figure out what it means to be a Red Star as well as a Chicagoan, and I’m starting to think the identities are not too different.

On my first day here, they handed me my CRS jersey, and a few minutes later I found myself comfortably cloaked in Chicago’s city flag. I have to admit it was an upgrade from the Ronald McDonald costume we rocked on my last team. With red stars lined across the chest, the jersey links the team to the city’s blue-collar core and the student in me wanted to know how. 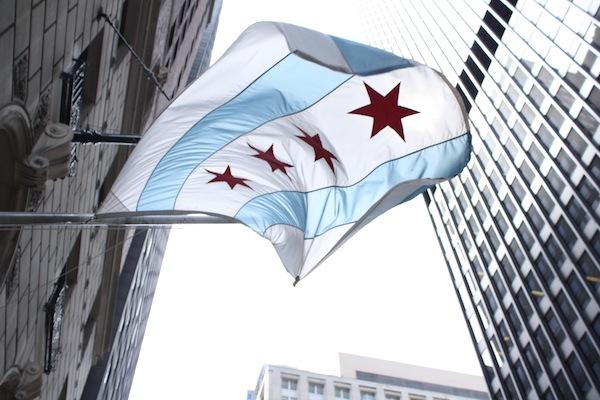 One of the stars on our jersey symbolizes the Chicago fire of 1871. While most people know about the destruction of this devastating disaster, many have no idea what happened next. Faced with the enormity of debris from the fire, the people of Chicago pushed tons of rubble into Lake Michigan, creating a landfill, which is now the foundation of Grant Park. Walking through this beautiful lakefront public property, alive with museums, grassy fields, bike trails, and amphitheaters, I can’t help but think about the concept of repurposing for the greater good.

The flag commemorates the persevering spirit of the city, a spirit very much alive in my new team. It seems to be the signature of a team for whom, last season, led the league in comebacks and goals after the 80th minute. We are headed to a similar stat this year: in four of my first six games, we have come back from a deficit to steal points.

Playing in Europe for three seasons has equipped me with some new tools, and I was excited to come back to the U.S. and try them out. While my first few NWSL games don’t compare to the great Chicago fire, I will say that they left me a little singed. After just a few minutes on the field, it was clear that the tempo and style of play were quite different here, and I struggled to figure out the timing and movements. Is it possible I am a foreigner in my own country? Practices were frustrating. I considered chucking my “tools” into Lake Michigan. Or maybe it was me who needed a dip in the icy lake. In the end, I got my wake-up call from a more gentle water source!

When I wake up every morning, I look out my window at the tranquil flowing turquoise water of the Chicago River. The guides on the Chicago Signature Tour have revealed that it wasn’t always so beautiful. As a young city, the river was contaminated with sewage and industrial waste. In 1900, through the ingenuity of a civil engineer they changed the direction of the river water to flow away from Lake Michigan toward the Mississippi River. Today, I’m told it is one of the cleanest city rivers in the country. To find a solution, sometimes you need to change your way of thinking, and sometimes changing your way is the solution. 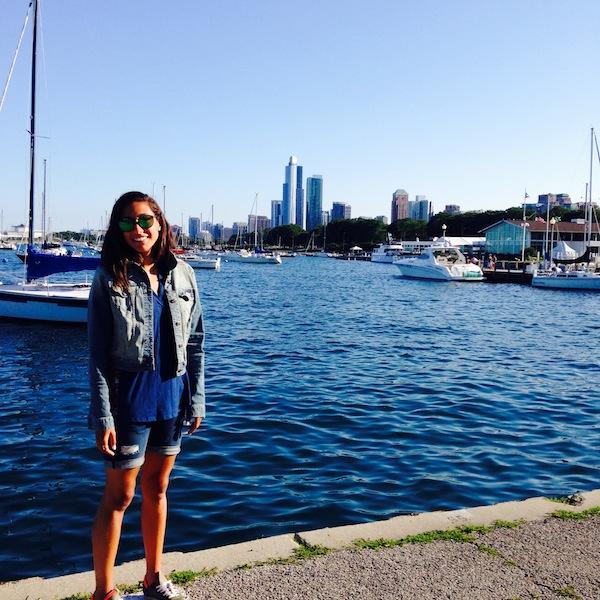 When you visit Chicago today, you see a dazzling skyline of architectural masterpieces jutting out of a sophisticated metropolitan center. Amazing as it is, it’s the knowledge of all the work that is buried below the surface that has inspired me.

Maybe, for now, I need to worry less about my toolbox and get back to focusing my lunch pail. After all, Grant Park didn’t build itself. The wreckage was carried and transformed by the hard-working team of people that is Chicago. The result is pretty magnificent.  My new team is a young team, and if we are going to build something great together, we are going to have to put in the hard work … show a little patience … and for me: consider a change of direction. 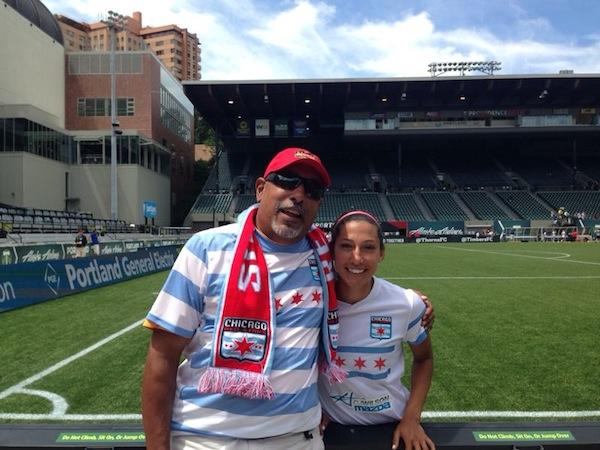