How I Became a Referee -- and Why I'm Glad I did

When I was 15 years old, one of my soccer coaches, Gordon Barr (son of U.S. Soccer Hall of Famer George Barr) phoned me to ask if I would like to ref our local soccer club's intramural program. I thought who would want to become a referee? After all, the ref gets yelled at and is booed, so I declined.

The next summer, just after my 16th birthday in 1978, I coached an intramural team that I named the Goal Rush. The kids were Boys U-10 and all the coaches in the league were teenagers. As this summer league did not have any referees, each coach had to ref half the game.

I quickly discovered that I was a much better referee than coach and it was enjoyable to ref so after the summer was over, I contacted Gordon and became an intramural ref for our club. I was assigned girls U-10 games (played 11 vs. 11 on a big field in those days). If I refereed the game alone, I was paid $6 and if I refereed with a partner (in the old two-man system), I was paid $4 per game.

While choosing a college is a major decision for every student, my choice of college had another dimension. I was refereeing many games during the spring and fall and knew that I had much more natural ability as a ref than as a player. If I played college soccer, that would take me away from refereeing. So I deliberately chose a college without a soccer team, Parsons School of Design in the Greenwich Village section of Manhattan, and concentrated on my major of advertising art while refereeing on weekends. 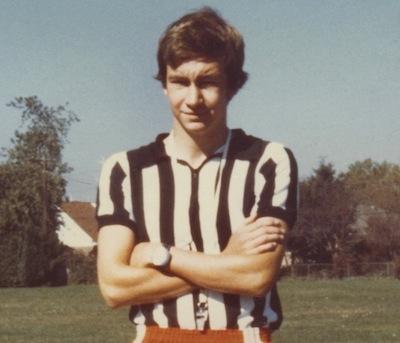 Sometimes the most important things we learn in school have nothing to do with the curriculum. I attended Parsons from 1980 to 1984 and my time there mimicked Ronald Reagan’s first term in the White House. Right near Parsons, all these young men, my age at the time and a little older, were dying and nobody knew why at first. It was the beginning of the AIDS crisis. I learned then what many others learned on 9/11 that no matter how different we might seem to be, we still have a great deal in common and are all connected.

My graduation from high school to college corresponded to my graduation from intramural to travel team soccer as I started refereeing in the Long Island Junior Soccer League (LIJSL). The games really added up and so did the money as the LIJSL paid double what I made in intramurals. It was great to be a teenager and to be paid much more per hour than my classmates who were flipping burgers in fast food restaurants. But more important than that, I was learning to manage 22 players and learned to have authority over adults. After successfully managing a game, running a department of a company could conceivably be easier.

Refereeing even helped me receive my first “real job.” After graduating from Parsons in 1984, I was confronted with the dilemma facing nearly every college graduate of how to fill one page on a resume when you have little work experience. So I put at the bottom that I was a State Referee and had officiated professionally (in the old Major Indoor Soccer League). Some business people thought that it was silly to include that as “ad agencies just want to know about your ad agency experience.”

I heard that there was an entry level position open at a top ad agency in Times Square, Sudler & Hennessey, and sent my resume to the manager, Carl Palmieri. He saw the refereeing on it and gave it to his co-worker, Leon Tadrick, a State Referee in New Jersey. I was interviewed by both Carl and “Tad” the next week. Tad told Carl to hire me as “refereeing shows that he is very responsible and dependable.” 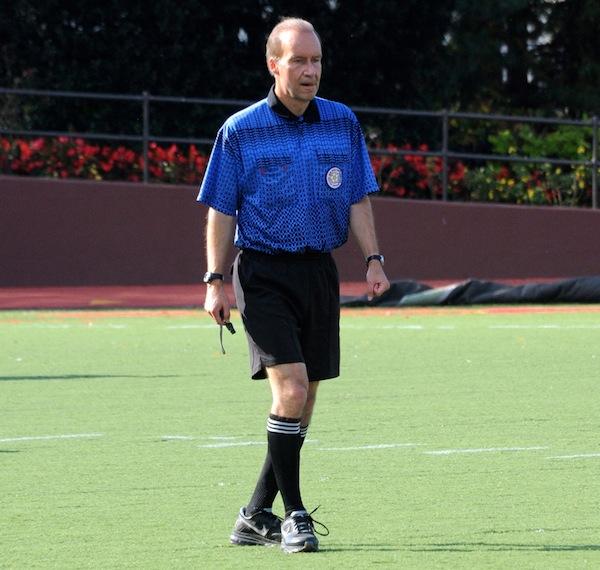 I started at Sudler & Hennessey 30 years ago on Halloween 1984, still remember my very first day and all the things that Carl, Tad and my other friends taught me in my three wonderful years there.

I kept in touch with them as I moved to other ad agencies. Carl lived right near Brooklyn College and came to one of my games there in 1998. It was the last time that I would see him as he died at the age of 70 a few weeks later.

(Randy Vogt has officiated over 9,000 games during the past three decades, from professional matches in front of thousands to 6-year-olds being cheered on by very enthusiastic parents. In "Preventive Officiating," he shares his wisdom gleaned from thousands of games and hundreds of clinics to help referees not only survive but thrive on the soccer field. You can visit the book’s website at www.preventiveofficiating.com.)

referees, youth boys, youth girls
1 comment about "How I Became a Referee -- and Why I'm Glad I did".
Next story loading