Crew Soccer Academy Wolves coach Lars Richters was named 2014 U.S. Soccer Development Academy U-15/16 Coach of the Year for the Central region. Richters is an English teacher at Livonia (Mich.) Stevenson High School, his alma mater where he also served as boys head coach for 14 years through 2011. He was 2009 Development Academy Coach of the Year after guiding Derby County Wolves to the U-15/16 national crown. He played college ball at Yale and professionally indoors for the Detroit Rockers of the NPSL.

When and why did you start coaching?
LARS RICHTERS: I started by working camps as a youth player and gradually evolved to working for teams while I was still active as a player. As my playing career was coming to an end, I decided that I wanted to make high school teaching a career, and coaching became a natural companion.

What do you enjoy most about coaching?
LARS RICHTERS: I love the idea of trying to have a positive impact on young people. Now that I’ve gotten older, I’m grateful for all the various coaches that have impacted my life in a positive way and I hope to do that for the next generation. Also, I just love the game, I love soccer, and as I can’t play it very well anymore as I’m getting older, this is a good way for me to stay involved.

What do you like the least?
LARS RICHTERS: I don’t enjoy the tryout process, especially not being to able to offer spots to players or having to go through a cut or selection process. After all these years, that still doesn’t come easily to me. However, although I don’t like it, I understand that it’s a necessary evil of competitive sports.

What’s the most amusing thing you’ve witnessed or experienced while coaching?
LARS RICHTERS: When I was coaching a U-8 or U-9 team, one of the players we had in goal was distracted by a frog in the field. The opponent dribbled around the goalie and scored on the wide-open goal. That reminded me of the amusing things that happen while coaching young players and provided me with perspective in all of my coaching endeavors. 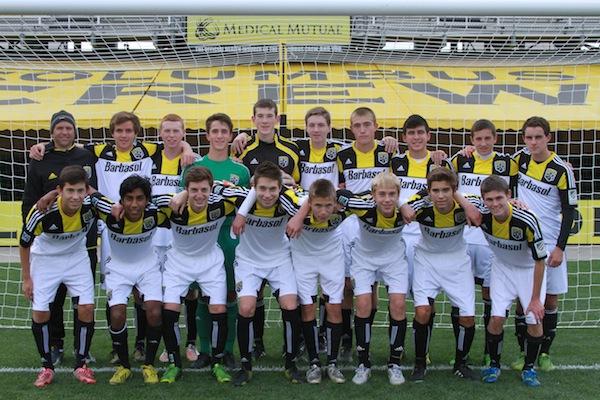 Who were your most influential coaches?
LARS RICHTERS: The first name that comes to me is actually my high school coach, Pete Scerri. He’s one of the first coaches who inspired me and helped me to dream big and I give him a lot of credit for preparing me for my later accomplishments. I also have to say that the coaches that I work with in my club influence me. We try to continue our education as coaches and I try to learn as much as I can from both local coaches as well as the very best coaches that I watch on TV. I always try to keep learning.

Are their things your coaches did that you have adopted as a coach?
LARS RICHTERS: I continue to borrow exercises from past coaches and also pick up things in my club or from courses or other coaching activities. The one thing that I try to apply to my coaching is the way that other coaches deal with man management. On the plus side, I’ve had coaches who are very good in this area, and I try to imitate them in terms of being communicative with players, laying down clear expectations, and trying to inspire players to do well.

What's the biggest mistake youth coaches make?
LARS RICHTERS: The excessive focus on winning at all costs. It’s even a trap that I have fallen into in my coaching career, because we’re all competitive people and wish to be successful. However, trying to prioritize the improvement and development of the players and the teams is most important.

Also, sometimes youth coaches don’t communicate very well with their players and teams, and, especially in the case of youth soccer, with the families.

I think we as youth coaches sometimes expect players to read our minds rather than being very clear with what we expect out of them. Likewise, I think we sometimes expect parents or families to follow us blindly without explaining our rationale or outlining our expectations properly. So I would say that communication is a very important part of the job.

What was the highlight of your playing career?
LARS RICHTERS: My parents were both born in the country of Latvia and I do have dual Latvia and American citizenship, so I did have the opportunity to play for the Latvia national team. That was a memorable event, not only for the soccer side, but also for my family heritage.

What were your favorite teams growing up and which teams do you enjoy watching most now?
LARS RICHTERS: As a young player I tended to follow individual players more than I did teams. I admired players such as Michel Platini, Lothar Matthaeus, and Zinedine Zidane. I gravitated toward those creative center midfield players. Recently, I’ve been following Liverpool for a number of years. I tend to have an allegiance toward that club at the moment. I appreciate attractive soccer that’s also played with real passion and with a commitment to the team.

How would you rate the USA's performance at the 2014 World Cup?
LARS RICHTERS: The first word that comes to my mind is “encouraging.” I have to say that I admire the team and coaching staff for the confidence and boldness with which they approached competing, in perhaps the toughest group in the entire World Cup. I was impressed with the fact that they were able to line up with some of the top nations in the world and still be competitive in games. I keep coming back to that word, “encouraging.” I embraced it as a fan this summer without question.

If you had a magic wand, how would you use it to improve American youth soccer?
LARS RICHTERS: Although this would truly need a magic wand, I would love to take money out of the process. If players with financial needs could still have the same opportunities, that would be a tremendous boost for this sport in our country. If finances weren’t a roadblock, the things that we could do developmentally would be a real positive step. If we could do away with money, I’d love to see the strides that we could make with players in our country. 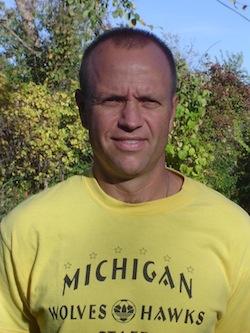