Matt Pilkington was recently named U.S. Soccer Development Academy U-17/18 Coach of the Year for the East region after his Bethesda-Olney team finished runner-up to PDA at the USSDA national finals -- its first season in the national league -- and was honored with the “Style of Play” award for the East. After seven years with Maryland's OBGC, Pilkington has taken the Technical Director position at New York City’s Downtown United SC.

What was it about your team that garnered it the "Style of Play" award?
MATT PILKINGTON: The group worked very hard over a number of years to develop a style of play that was expansive and fluid with the purpose of dominating possession in order create goalscoring opportunities, while dictating the flow and tempo of games. We trained to be able to play out of every situation with technical proficiency, to take risks and constantly worked to improve our speed of play and speed of movement.

When and why did you start coaching?
MATT PILKINGTON: I attended my first coaching license courses when I was around 16, 17 years old in England. My initial interest was due to encouragement from a school teacher who recommended for a couple of us to take a coaching course.

What do you enjoy most about coaching?
MATT PILKINGTON: The most enjoyable part of coaching is seeing the pure joy and passion the game can create within a soccer player regardless of their age and level. The purity of the game in its most simplest form and how it brings together players from a range of demographic backgrounds.

What do you like the least about coaching?
MATT PILKINGTON: The politics involved at all levels and how it can be manipulated by people with ulterior motives. 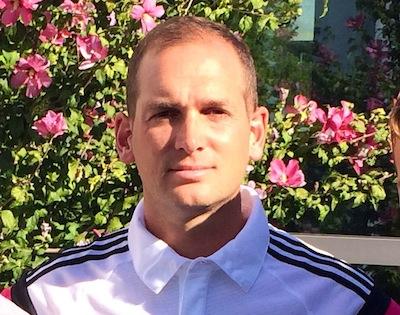 Do you have examples of something your coaches did that you have adopted as a coach?
MATT PILKINGTON: I have adopted a number of practices that I enjoyed as a player as I think at times it is important to ensure the players are engaged and enjoy the sessions to get maximum benefit. Recognizing the varying intensity needed to keep players healthy and engaged is very important and the simplicity of soccer tennis or a small-sided tournament can do wonders for team morale and energy.

Anything your former coaches did that you avoid?
MATT PILKINGTON: Sessions that involved lots of standing around and talking. Players' concentration spans are short and ultimately they want to play and compete. As a result I believe it is important to have a flow to practice and find the right times to address players, while allowing enough time for playing the game, including free play.

What's the biggest mistake youth coaches make?
MATT PILKINGTON: One of the biggest mistakes is the pressure to win and perform that players are under at a very early age. This can arise from outside influences, but the coach needs to be strong to understand the importance of player development. An example would be rotating players in different positions and encouraging young players to play out of the back or centrally, which can be risky, but is a necessary part of development.

What were your favorite teams growing up and which teams do you enjoy watching most now?
MATT PILKINGTON: I grew up on the terraces watching Oldham Athletic from the age of 4 with my brother and father. They were in the second tier at the time and I was fortunate enough to see them reach the Premier League and go on a couple of magical cup runs where they defeated the top teams. This is where I learned to appreciate the game and the intensity at which it is played.

I enjoy watching a variety of leagues as each offers different styles and systems. I grew an appreciation for Man United under Alex Ferguson and how they developed homegrown players, opted for youth, played an attacking style, stayed true to their values and were still able to win for many years. Barcelona under Pep Guardiola was fantastic to watch and a team that has helped evolve the game tactically on a global level.

What's your advice for coaches at the youngest ages?
MATT PILKINGTON: Let them play, be positive, encourage creativity and focus on development over winning.

What’s important for coaches of all ages to keep in mind?
MATT PILKINGTON: Instilling belief and confidence your players. Coaches often underestimate the ability to motivate players and that players allowed to play with confidence and freedom will be far more effective and develop at a faster rate.

If you had a magic wand, how would you use it to improve American youth soccer?
MATT PILKINGTON: The United States is a different dynamic given its size and relatively new soccer culture. It has made huge strides over the past decade as the national teams and the MLS continues to improve.

I guess I would wave the wand to create public grass and turf fields in every neighborhood and community across the United States, especially in the inner cities. We need to get the players on the streets and local parks playing the game with their friends of all ages and developing a real passion for the game while developing creative instincts.

U.S. players are very coachable, with a good technical base and excellent physical attributes. At times, we can be guilty of over-coaching and need to find a way to create the special players that entertain and change games with their vision, subtlety, guile and inventiveness.