When Manhattan SC PSG won the U-17 national title in July it became the first New York City team to win a US Youth Soccer National Championship since 1985 and only the fifth since 1936. Coach Wilson Egidio left his native Brazil for New York in 1980 to play in the old American Soccer League and has coached City College of New York, high school and youth club ball, and has served as an ODP coach. Egidio, who coached this Manhattan SC PSG boys since U-10, explains how his team reflects the city that spawned it and how he got it to play the kind of soccer he enjoys.

What do you enjoy most about coaching?
WILSON EGIDIO: I like seeing them develop from Day 1 to when they’re ready to go off to college.

I really enjoy watching a diverse group like we have interacting. We’ve got nine nationalities – immigrants from Latin America, Africa ... Half our the players are “scholarship” kids. We’ve got Upper West Side private school kids and kids who are fresh to the United States who need $2.50 to get on the train and money for winter clothing. It’s a pleasure watching them play soccer they way like to see it.

I am grateful to the team and parents for trusting me, my style of coaching and game philosophy for all these years.

What kind of soccer do you like to see?
I’m Brazilian, so possession, of course. Playing out of the back, creative soccer, improvising, being confident in taking players on one-on-one.

How do you coach players to play like that?
A lot of small-sided stuff, futsal. We have a long winter in New York so we play a lot of futsal in the gym. With futsal, the heavy ball encourages them to keep it on the ground. Playing in a small area forces them to make quick decisions all the time. It similar to how I learned to play on the streets in Brazil.

And I have taken these boys to Brazil to train at clubs like Santos FC, Vitoria EC in Salvador and my hometown of Belo Horizonte with Cruzeiro FC. 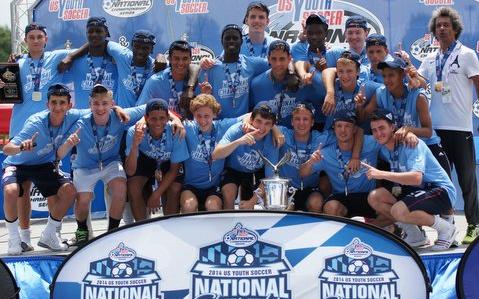 How much can you “teach” skills?
I like small-sided scrimmaging. I’m not very good at describing to a kid how to strike a ball -- where to hit the ball, how to move the shoulder. But I think when you put young players in situations where they’re getting lots of touches, they learn how to do it by trying it over and over.

What’s a key quality you look for in players?
I think a key to spotting talent is finding players who have good vision. Again, I don’t think that’s something you can teach. You can create an environment where they experiment a lot and hope that they figure out how to read the game.

Do your players play outside of practice?
They’re soccer junkies. Always juggling. Walking to school bouncing, kicking the ball.

What’s something you’ve seen coaches do that you avoid?
Negativity. I don’t think that works with players. I try to be positive all the time. I am vocal from the sidelines, but in an encouraging and positive way.

What’s a mistake do you see from coaches at the youngest ages?
Yelling at the kids to pass, pass, pass. You hear it from parents on the sideline, too. Young players need to try and dribble.

If I get an older player who always wants to dribble, it’s not that difficult to encourage or teach him to pass. But it’s impossible to teach a player to become a good dribbler who didn’t have a chance to dribble lots when he was young. 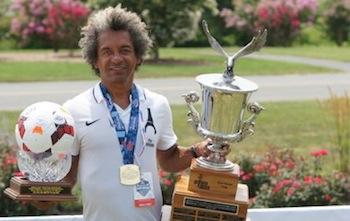 What did you think of the USA’s performance at the 2014 World Cup?
I think it was a positive, coming out of a difficult group, but they didn’t play a style I particularly like. We play strong defense, are hard-working. I root for them but I don’t particularly enjoy the style of play.

If you had a magic wand, how would you use it to improve American youth soccer?
I think we need to find more of a mix -- blending traditional American qualities with flair, skill and confidence to take players on. I see Coach Tab Ramos' U-20 national team going in the direction, but I still think that in general we need to get farther away from the typical college and high school game that’s so much about strength and speed.