[WORLD CUP 2018] FIFA and World Cup 2018 organizers introduced the official logo for the tournament that will be held in Russia for the first time. The logo was unveiled with the assistance of the International Space Station crew and complemented by a light projection on the historic Bolshoi Theatre in Moscow.

“The launch of this visual icon is a key milestone on the road to the 2018 FIFA World Cup, and one that we are extremely proud to share with the world,” said FIFA President Sepp Blatter in a statement. “The emblem blends unique attributes of the FIFA World Cup and of Russia as host nation. It unites magic and dreams, as the FIFA World Cup will do for millions of fans in 2018.”

Speaking at the event, Vitaly Mutko added: "Hosting the World Cup is the dream of millions of Russians. We've tried to encapsulate that dream in the Official Emblem. The World Cup will change our country and will present a new, modern Russia to the whole world. I'm sure that staging an event of this magnitude will be something that will linger in the hearts of Russians, and in the hearts of fans right around the world, for a long time to come.”

The logo was designed by Brandia Central, a brand consulting agency based in Lisbon, Portugal, following a creative pitch involving eight Russian and International design agencies.

The selection of the final design proposal for the Official Emblem was made by a judging panel that included Vitaly Mutko, the head of the Russan organizing committe, and FIFA Secretary General Jerome Valcke. 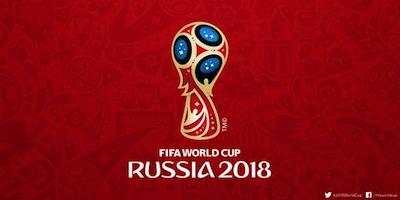