Joe Cummings: 'I've seen what I dreamed about'

Soccer came into Joe Cummings' life in 1959 when he was a 10-year-old at a Massachusetts elementary school a teacher, Arthur Mulrain, started an after-school soccer program.

“This was years before there were organized youth soccer programs,” says Cummings. “You would have thought it’d be football, basketball or baseball. … You put your name on a list in the cafeteria during lunch and showed up a couple afternoons a week and played soccer.

“He was probably criticized by some faculty who thought it was a ‘foriegn’ sport, but I’m so thankful for him because it was a life-changing experience.”

Mulrain, a native New Englander, chose soccer, says Cummings, because “It was so free-flowing and he enjoyed watching children have joy in playing a sport that didn’t have as much structure as some other American sports.”

Since being introduced to soccer by Mulrain, who died last April at age 85, Cummings has had an extraordinary run in the game.

He founded the Northboro (Mass.) Youth Soccer Association, served as assistant general manager (1996-99) and technical director (2004-05) of MLS’s New England Revolution, and as president of the women’s Boston Breakers during their stints in WUSA and WPS, which he also served as COO during its launch. He managed venues at the 1996 Olympic Games and the 1999 and 2003 Women’s World Cups.

For the last five and a half years, Cummings has served as the CEO for the National Soccer Coaches Association of America (NSCAA), the world’s largest coaches organization. Cummings will end that tenure in August. We spoke to him on the eve of the 2015 NSCAA Convention, which takes place Jan. 14-18 in Philadelphia and will include appearances by Pele, Landon Donovan, Alex Ferguson and DaMarcus Beasley. 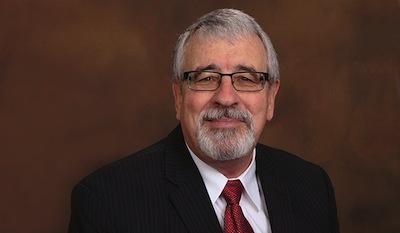 SOCCER AMERICA: What do you see as the NSCAA’s major achievements since you became CEO?

JOE CUMMINGS: We went though a major rebranding at reestablishing our position in the soccer landscape. We concentrated on the three pillars, which we renamed: Learn, Participate and Belong. Meaning education, events and membership.

First is always going to be coach education. That’s the main pillar. It’s the most important for us. The second one is the events, which are so much more than just the convention. The third is the membership, which has almost doubled in five years.

SA: What’s the breakdown of the membership?

JOE CUMMINGS: Youth represents about one half and the remaining 50 percent is equally split between high school and college.

SA: Why would you recommend coaches to be a part of the NSCAA?

JOE CUMMINGS: The first piece is always going to be coach education. We're providing a way, whatever level he or she is coaching at, to become a better coach, to experience coach education in a way he or she feels most comfortable. That can be in person and online.

SA: There are, of course, other avenues for coach education, such as U.S. Soccer and U.S. Youth Soccer …

JOE CUMMINGS: There’s definitely cooperation as far as the expanse of information that’s available in the United States.

The difference is that it’s our specialty. It’s what we do. It’s what we’ve always done, whereas other organizations may have multiple programs -- U.S. Soccer, U.S. Youth Soccer … What we’re known for is coach education, events, and membership services. If you become a member you receive that as a benefit, in person or on-line. Our selection of e-learning programming that is available to our members is quite extensive. What we’re trying to do is to make sure education for our members fits into three buckets.

The second piece is when you want it. Is it convenient for you to do it this weekend or would it more convenient to do it over the summer?

For us, education is where you want it, when you want it and how you want it. That’s where we’re focused on.

SA: We’ve gotten used to hearing every few years, from the various organizations, about new curricula. Is this just reinventing the wheel or real improvement?

JOE CUMMINGS: We are now replicating the process of educating children but the subject matter happens to be this sport that we all love. What we’re doing is we’re taking methodology and we’re taking philosophy and we’re taking those parts of being a teacher that are consistent within the classroom and we’re putting those onto the playing field -- and that’s where I think we’re making great strides.

Many of the conversations we have with our academy staff deal with the aspect of teaching.

Education is such a major piece of our culture, and our ability to transfer information to children in sport is as strong as anywhere in the world. … The more coaches can make the experience enjoyable for children the more they’ll want to stay in the sport and the greater the chances that they’ll excel. ...

SA: Is there anything about the youth game that remains problematic, something you’d fix if you had a magic wand?

SA: Looking back on your long career in soccer, how do you see the current state of the game in the USA?

JOE CUMMINGS: During last summer’s World Cup, I went to one of the viewing parties in Kansas City. I stayed until halftime and then I drove home to watch the second half. I called my wife on the way home and said, “I’ve seen it.” She didn’t know what I was talking about. I’ve seen what I dreamed about but didn’t think I’d see. There were 10,000 people in downtown Kansas City watching World Cup games this summer and it made me feel fortunate to have been around at the beginnings 40 years ago and be at this point right now.

SA: What are your plans when you leave the NSCAA CEO position in August?

JOE CUMMINGS: I don't know. I'm leaving the NSCAA post but not leaving the sport. I'm looking for my next challenge.

I hope the NSCAA continues on the path we’ve set over the last six years and I’m hopeful I may have other opportunities. I miss being around teams and around the decisions that teams make to be successful both on and off the field.

I didn’t realize how much I enjoyed my time with the New England Revolution and the Boston Breakers. Maybe they’ll be another opportunity for someone who’s been battle-tested.