Major League Soccer is headed to Denver for the 2015 AT&T MLS All-Star Game. The game will be played July 29 at Dick’s Sporting Goods Park, concluding three days of fan activities in downtown Denver and Commerce City.

Fans looking for the game to attract Arsenal, whose majority owner is Rapids owner Stan Kroenke, will likely be disappointed, though.

"I think Arsenal may already have some travel plans then," Josh Kroenke, Rapids' MLS Board of Governors member, told reporters on Wednesday.

The Gunners are reported to be in negotiations to play for the Premier League Asia Trophy in Singapore.

MLS commissioner Don Garber said the decision to hold to game in Colorado was in the end an easy one as Kroenke Sports Enterprises had the best bid.

“KSE, the Rapids worked with Visit Denver and they put together a great bid,” he said. “Most importantly we want to know that we have the support of our club and the community in ways that will ensure that not just the game, but so many events that will take place here downtown and out in Commerce City will make this not just a game, but a broad event.”

In addition, the Chipotle MLS Homegrown Game, featuring the best homegrown players from across the league, will return for the second year. 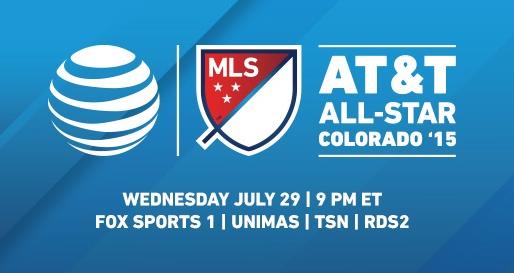 TRIVIA. The Rapids will host the All-Star Game for the second time as the MLS All-Stars defeated Scottish power Celtic, 2-0, in front of a capacity crowd at Dick’s Sporting Goods Park in 2007, the stadium’s inaugural season.

Dick’s Sporting Goods Park will become only the second soccer-specific stadium to host the event twice. Columbus Crew Stadium has hosted the game in 2000 and 2005.