With the opening of preseason camps just around the corner, MLS stars came from all directions for the media blitz MLS organized in Manhattan Beach, Calif.

Kaka came from Brazil to get ready for his first season at Orlando City. Bradley Wright-Phillips flew straight in from London. And then there was Omar Gonzalez, who rode over on his bike from his nearby home.

"I took the back ways to stay away from cars," the LA Galaxy defender assured reporters.

Normally, Gonzalez would have been up the road at the national team training camp in Carson, but he is skipping the January camp with Jurgen Klinsmann's permission. 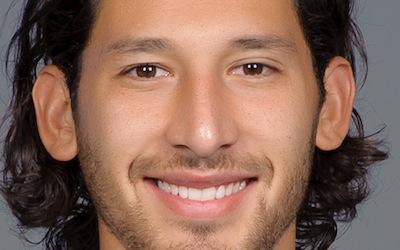 The official position is that Gonzalez is undergoing "proactive knee maintenance." He was suffering from a knee injury last May when he entered camp to prepare for the 2014 World Cup. After losing his starting job, Gonzalez came back and started the last two matches in Brazil against Germany and Belgium. He played on through the MLS season and helped the Galaxy win its third MLS title in the last four seasons.

“I talked to Jurgen about missing this January camp just to give my body a rest and make sure that I’m ready for the season," he said.

Asked if he had any particular ailment, Gonzalez said he was feeling great.

"In the middle of the season," he said, "I was dealing with some tendinitis and things like that, but those are just minor things, things I was feeling throughout the year with the injury I had before [the pre-World Cup] camp and getting fit for that, so they were little things I was carrying. The things I did in the offseason were precautionary measures just to make sure I am healthy and 100 percent to start the season."

Gonzalez said he did not get any pushback from Klinsmann.

“He was very understanding," Gonzalez said. "Jurgen has always said that he wants guys playing 10 to 11 months out of the year and if you look at it, I did last year's January camp, got back from the World Cup, was thrown back into the league play and ended up playing till Dec. 7. If you think about it, I had a pretty long season, the longest season I've had yet. Your body can take a beating with playing that much so he was very understanding of that fact.

"One of the examples I said was, 'Look, Jermaine [Jones] got to come back and hang out for a month after the World Cup to try to figure out his club. He also played a very long year -- making it to the final -- but he got that little break in the middle of the season. So I said maybe I can get my break now in the offseason."

That still leaves the question about Gonzalez's future in the national team, in particular his status on the backline, where Jones has now moved.

"My job isn’t to start thinking about the pecking order," he said. "My job is to recognize that I missed this January camp to take care of myself, get a good preseason in and look to start the season off well and focus on being there for my teammates on the Galaxy and help get results. If I’m doing that, then I’m sure that I’ll get a call-up for the Gold Cup. One of my goals this year is to be on that team. I hope I am still a starter. We will see."