SOCCER AMERICA: We spoke about U.S. Club Soccer providing resources for its clubs’ coaches from nations with successful player development resources. Which countries are you looking at?

KEVIN PAYNE: We’re talking with people in Spain about a longer-term relationship that could bring some coaching development resources here on a regular basis.

We’ll look at Germany as well. I’ve had some conversations with the Bundesliga.

We certainly are looking to partner with MLS and their Academy teams and through MLS connect with the FFF [French soccer federation].

I definitely also want to explore opportunities to work with clubs from South America. That’s a place I hold near and dear. Our id2 team is currently in Argentina for a series of matches against some of the best clubs in Buenos Aires. We’ll be talking with several of those clubs about the possibility of some sort of partnership where they can bring some of their top youth development experts up to the States.

They do a remarkable job of developing individual players.

SA: How can what other countries do at the youth level really be applied to American soccer?

KEVIN PAYNE: The whole idea there is not necessarily a single right way of doing this, but I think there are common features in many of the more successful ways. This is still America and we have coaches and players from many different backgrounds here.

We have our own unique set of problems and opportunities. And I think we need to be trying to develop an American way of doing this and I think that will develop best as a result of aggregating information from lots of different successful programs.

SA: One of the issues facing U.S. Club teams, at least in Northern California, is the rate at which new clubs have been sanctioned has created turf wars, resulting in conflicts over field access, lawsuits and a drain of resources to manage these challenges. What role should U.S. Club Soccer play in managing these conflicts?

KEVIN PAYNE: We’re certainly aware of those, and that’s probably more of an issue in Northern California where U.S. Club Soccer has such a large presence.

We certainly encourage everyone to find ways to collaborate and not go to war with each other. I’m trying to preach within our staff and to our members that we need to be collaborate with our peers not have war.

We don’t want to waste a lot of time on negative energy. At the national level, we can’t necessarily control those things. That’s not the way we're organized and structured, which is somewhat by design, because we don’t want to be a large government bureaucracy. Those are really issues that need to be resolved locally. The extent that we become involved is always to encourage them to find a reasonable solution that accommodates the needs of both parties as best as possible.

SA: What's your opinion on what is best for youth development -- the trend of soccer communities splintering with the breaking off of newly formed clubs or the process of existing clubs merging to form larger entities?

KEVIN PAYNE: Without making any unilateral decisions and without throwing a blanket over the whole issue, we do not encourage parts of clubs to break away and form new clubs and join US Club Soccer. Our ideal for clubs, whether large or small -- we love see the development of more clubs that provide engagement from the very earliest ages up to adult level so there’s sort of a lifelong attachment, a generational engagement with the club.

Obviously having elements of the club break away because someone’s unhappy about something is not particularly productive. That doesn’t mean there aren’t some cases where it is the best thing. In general, without “outlawing” that, we try and discourage it. It’s not what we consider a productive use of time. 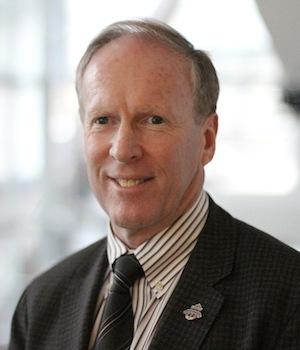 SA: Do you feel it's still in the best interest of youth soccer in the United States to have competing youth soccer organizations? I often hear from coaches and club directors that they’d prefer a unified youth model instead of the alphabet soup of organizations …

KEVIN PAYNE: I don’t really agree with that at all. I think that there’s quite a bit of dynamism that’s encouraged by having different youth soccer organizations. And there are different philosophies at work.

AYSO has a very particular philosophy. So do we. US Youth Soccer is a different sort of organization, which is really a governmental agency. That approach tends to inform many of their decisions. There’s a place for different points of view.

The only advantage to having a unitary approach is to clean up the competition calendar. You could argue you might have greater efficiency in coaching and instruction. But it’s more likely there’d be a particular orthodoxy that’d be imposed on everyone.

SA: What’s your assessment of the U.S. Soccer Development Academy, which was founded in 2007?

KEVIN PAYNE: I still chair the U.S. Soccer Technical Committee but I chaired the Task Force on Boys Player Development when we originated the Academy so I was pretty involved with that. I totally agree with the philosophy of the Academy.

Philosophically -- this is not a jurisdiction issue -- I think it’s a big mistake to try to develop Academy teams at the younger ages. I think one of the critical areas that has hampered U.S. national team development over many, many years has been a tendency to sort of what I call close the tent flaps too early and kind of anoint a certain relatively small number of players as being the national team pool and then not retaining an open mind.

I personally think it’s dangerous with the U-17s. I think it’s unbelievably dangerous at the U-12 level. There’s nobody in the world who would tell you they’re smart enough to know who the players are at 10 and 11 years old who are going to emerge as full-fledged professionals.

But having said that, I 100 percent agreed with and still agree with the premises of the Academies and the idea that we needed to control the environment to a far greater extent for the top, top players. It’s a very very small percentage of players who are in that environment and they need to be in the best possible environment.

KEVIN PAYNE: On ECNL, I was not involved at all. That was done sort of privately, not undertaken by U.S. Soccer. Our organization [U.S. Club Soccer] sanctions them and we have a very close relationship with the ECNL and I think ECNL has done a great job fulfilling the same role as the Development Academy has on the boys side. And I hope that ECNL’s relationship with the Federation will continue.

SA: Any final words on something that shouldn’t be happening in American youth soccer?

KEVIN PAYNE: You still have clubs in the U.S. who will be resentful if one of their players goes to play for an MLS team’s Academy … and they’ll talk about boycotting MLS games.

That would never happen in Munich or Manchester or Barcelona. That thought wouldn’t cross people’s minds.