As a boy, George Altirs spent his free time playing as much soccer as possible in the village of Mejdlaya in Lebanon.

“It was the only game that we ever knew about,” he says. “If you wanted to play a sport, you kicked the ball around. Two kids, three kids. A good pick-up game when a bunch of kids got together. Or you kick the ball against the wall by yourself. I loved the game.

“But after you become 15 or 16, the game disappears. There’s no college soccer, nothing for you after that. But I stayed in love with the game. I kept watching.”

He moved to the USA in 1988 and founded the fashion company Capelli New York, which now does $250 million in annual sales. When the USA hosted the 1994 World Cup, he attended as many games as possible, including the final at the Rose Bowl. When his children hit soccer-playing age, he went from fan to soccer dad to patron and has since made a major impact on New Jersey-New York area soccer.

He founded the New Jersey’s Cedar Stars, which in their third year became a U.S. Soccer Development Academy club at the U-14 level. He turned one of his Capelli warehouses into a top-notch indoor soccer facility, the Capelli Sports Center in Carlstadt, N.J., which includes a pro-quality futsal court.

Altirs is also responsible for the floodlights and first turf replacement in 26 years at Newark’s St. Benedict’s Prep, one of the top high school programs in the country for decades. Its alumni include Tab Ramos, Claudio Reyna and Gregg Berhalter. Altirs’ support has led to the St. Benedict’s-managed youth program for 500 Newark kids, mostly lower income.

NJSA -- the club that Ramos, currently the USA’s U-20 national team coach, founded in 2004 -- has partnered with Altirs, who’s in the process of constructing facilities the Development Academy club desperately needs.

“We feel because of his commitment to soccer we can really begin to develop more and more players in New Jersey and in our club,” says Ramos. 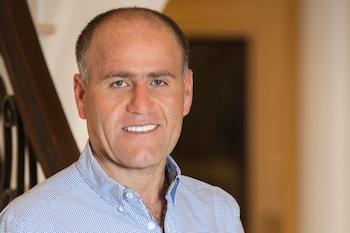 “I didn’t know where Wilmington, North Carolina, was when I got the call,” he says. “But I flew down for the weekend. It’s a nice beach town and it was making an impact in the community. And by Tuesday we made a deal.”

Altirs’ purchase of the Hammerheads also meant supporting its 2,000-player youth program -- and creates a link to his New Jersey clubs.

“With the three clubs in New Jersey and with Wilmington,” says Ramos, “we're going to have a professional pathway for our players as well.”

Altirs hadn’t planned on becoming so involved in the game -- but one thing led to another. He has six sons and started picking up expenses for his older boys' teams, which included many lower-income children.

“I had more equipment than I had at LIU or Ramapo,” said Arnie Ramirez, the retired Long Island University and Ramapo College coach whom Altirs enlisted to train his son’s team, run camps and help him navigate the youth soccer landscape as he pursued creating a club of his own. “He gave us everything a professional club would want.”

It didn’t take long for the Cedar Stars’ first team, now U-14s, to establish itself as one of the top in region.

“We started by building around a lot of unfortunate kids,” Altirs said. “They’re extremely motivated and maybe the soccer can help them.”

He enlisted his wife Liz, a fashion designer, to create uniforms, getting feedback from the kids, and that led to launch of Capelli Sport.

Altirs met Liz on a beach in Lebanon the week after he attended the 1998 World Cup in France. Liz, whose father is Lebanese, was visiting from her native Germany. Their conversation was sparked when the two groups they were with started teasing each other about Brazil and Germany’s national teams.

“In Lebanon, people are obsessed with soccer,” said Liz. “They don't really have a lot because of the war situation and they embrace soccer. And they really don't have their own soccer team.”

When George was a boy, his uncle sent him soccer gear from Brazil.

The Lebanese flag is adorned with a cedar tree, which is where George and Liz got the name for the club. The cedar grows rapidly in its early years, its roots go deep, and its branches spread wide.