Now comes along Minnesota, which is expected to be announced as MLS's 23rd team on Wednesday despite Minnesota governor Mark Dayton's opposition to any state (or county) financial support for an outdoor stadium.

Dayton insists that the group assembled by Minnesota United owner Bill McGuire should not get public monies to fund a stadium being contemplated near the Minneapolis Farmers Market.

“I congratulate [McGuire’s group] on an apparent success bringing a team to Minnesota,” Dayton said, “and I think if they are doing so, they need to fully realize that this is something they’re going to have to pay for out of their own private resources.” 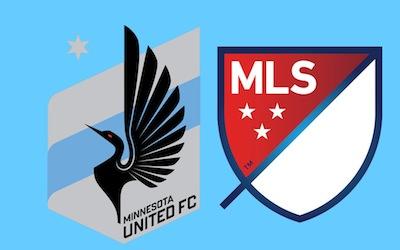 The irony is that MLS will hold its press conference Wednesday at Target Field, home of the baseball Twins and facility that only got built because the Minnesota legislature made sure a county referendum on the project -- Hennepin County imposed 0.15 percent sales tax covering $392 million of the cost of the stadium -- didn't take place.

McGuire, a former UnitedHealth Group executive, has put together a group that includes the Pohlad family, which owns the Twins, and Minnesota Timberwolves owner Glen Taylor and beat out the Minnesota Vikings, who proposed playing indoors at their new $1 billion stadium -- for which Dayton supported the use of public funds.

As Star Tribune sports columnist Patrick Reusse points out, the political posturing against the Minnesota United group is not so much about protecting Minnesota taxpayers as protecting the Vikings and their owners, the Wilf family.

Dayton's opposition to public assistance for the soccer stadium follows that of Senate Majority Leader Tom Bakk, a Wilf ally.