SOCCER AMERICA: How confident are you that ACL injuries can prevented if coaches implement injury prevention warm-ups such as PEP or FIFA 11+?

BERT MANDELBAUM: I can’t say, and I will never say, that there’s any one injury that we could have prevented.

I do know though that if we take the collective, that once we do programming, we can prevent ACL injuries anywhere from 70 to almost 90 percent -- if we do the program. It’s been shown time and time again.

We just completed another study -- NCAA Division I/II in men – and found we could decrease injury rate from 15 injuries per 1,000 exposures to 8 in 1,000. A significant reduction just from doing the FIFA 11+ program.

SA: What’s the difference between PEP and FIFA 11+?

SA: What’s your sense -- 15 years after the creation of PEP -- on how widely the programs have been adopted by coaches?

BERT MANDELBAUM: The enrollment of the FIFA 11+ study on the NCAA male athlete required the recruitment of 61 different teams. I called and recruited all the coaches. And there were three groups of coaches.

There was one group, about a third, who said something like, “Dr. Mandelbaum, we love your prevention program. It’s been so helpful to us. We think it’s great. We’re just so excited about it.”

Another third was: “Who is this? What is it you want to do? I’ve got to win. I don’t have any real reason to do this.”

And from the other third we got, “Can I have my athletic trainer call you? I don’t know about this. I’m just a coach. I’m somewhat interested in it, but let me have someone else call you.”

And I think that’s a travesty. Here we are in 2015 and for any coach to not think about the safety and the health of their players is a travesty. It’s unacceptable.

We’ve done a lot of things, especially in the last 15 or so years, but I think the coaches are just letting it sit. That’s inexcusable. 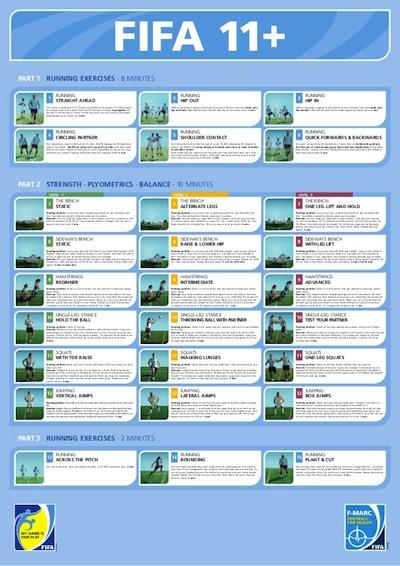 SA: It’s common in youth soccer for teams to play multiple games in a weekend, whether it's league on Saturday and state cup on Sunday -- or tournaments in which teams play four games in two days. How much can this contribute to injury susceptibility?

BERT MANDELBAUM: We do know that fatigue has a lot to do with injuries, both on the overuse side and as well as acute injuries. There’s no question. We know that in looking at what we call stop-jump tasks in a study done at Duke University.

They found, No. 1, that girls compared to boys didn’t perform it as well. With fatigue, both the girls and the boys did exponentially worse.

So if you look at this problem of ACL injuries, what you do when you’re playing several games in the weekend, you’re really exacerbating the situation over all. You’re certainly not helping it. Fatigue is a very important component of neuromuscular controlled integrity, as we call it.

It really represents another challenge to the system that’s already challenged. …

I think it’s important for us as a system -- which includes the organizations, the health-care teams, coaches, referees -- to take this approach that we’re trying to make it better for the safety and health of our players at all times.

Approaching with vigilance the preventing and managing concussions, preventing ACL injuries, preventing overuse injuries -- are all part of improving our sport.

(Dr. Bert Mandelbaum, an orthopaedic surgeon at the FIFA Medical Center of Excellence Santa Monica Orthopaedic and Sports Medicine Group, has been a U.S. Soccer Federation team physician since 1989 and is a member of the FIFA and CONCACAF Medical Committees and Chief Medical Officer GOLD Cup 2015. He is also Los Angeles Galaxy team physician and Medical director and the author 90 journal articles and five books, the latest of which is “The Win Within -- Capturing Your Victorious Spirit.”)