The Professional Futsal League (PFL) is slated to launch in November 2016. Keith Tozer, who has been the U.S. national futsal team coach since 1996, serves as PFL commissioner and explains how the venture is unfolding and why he believes the USA is ready for professional futsal.

SOCCER AMERICA: How did the PFL investors, such as Donnie Nelson (GM of the NBA’s Dallas Mavericks), become interested in futsal?

KEITH TOZER: I asked Donnie if he’d ever heard of futsal and he said, “What’s futsal?” I kind of explained it to him: It’s the fastest growing sport, so on and so on on. The national team was playing France here in Milwaukee. He sent his daughter Christie to take a look at it.

She came back and said, “Dad, I love this.” Donnie took it to his guys in Dallas … Brian Dick, who owns a recycling company called Quest [Resource Management Group]. Brian knew Michael Hitchcock, who used to be the president of FC Dallas and [vice president] of the L.A. Galaxy.

We all got together and said, “If we don’t do it, someone else will.”

SA: The inaugural season is scheduled to begin November 2016 …

KEITH TOZER: Right. However, we’re negotiating a television deal and if someone said, we’ll totally back you if you move your season, obviously we’re far enough away that would be something we would think about.

We’re really far along, but we still have a pretty good runway. It was important we had a long runway.

KEITH TOZER: Our first idea was that’d it be like MLS was once, with a few owners owning several teams. Donnie and Brian and a couple friends have the financial wherewithal and ability to own multiple franchises.

Then Donnie and I spoke at the NBA Developmental Owners meeting in Chicago. I talked about how FC Barcelona had professional soccer, futsal and basketball. We came out of that meeting getting a lot of interest … “Hey, we can do that. We like that.”

Obviously, you can play futsal on a basketball court and all these guys have basketball courts. And when we talked to people we knew behind the scenes and there was huge interest. … The blueprint has really grown. 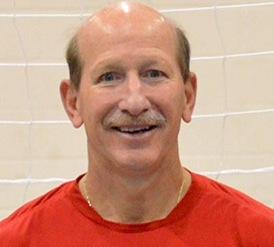 SA: How many teams will play?

KEITH TOZER: In a perfect world we’d have 32 different teams in four different divisions. However, we feel that maybe 12 to 16 teams is probably where we’d want to be at for the first couple of years.

So now we’re looking at two divisions. A Premier Divison and a Champions Division – division 1 and division 2. A November through March, 20-game schedule, plus playoffs. And there will be exhibition games throughout the year.

SA: History has shown how difficult it is to make a professional league financially viable and one of the major expenses in the USA comes from travel distances. This will be a national league?

KEITH TOZER: The Champions Division will be regional. The Premier Division would be national. We’re aiming for a schedule where teams play more games against teams close to each other. It’s a model similar to Europe and the rest of the world where you have multiple franchises in the same city.

Right now, it looks like there will be three teams just in the Dallas area -- Frisco, Fort Worth and Dallas.

What’s great about that is not just lowering travel costs, but it’s local against local, community against community, ethnicity against ethnicity -- no different than what you have in the rest of the word. …

Spain has a lot of great players but when they started, their rosters were made up mainly of Brazilian players who were futsal players. Now a majority of their players are Spanish players.

It’s going to be similar here. There are going to be 75, 80 percent -- some teams could be more, some could be less -- foreign-based players. With American players there also. Then after three to five years, as our base grows, then they’ll be more Americans.

We also have U.S. Youth Futsal, for which I’m the technical director, and I’ve got to tell you that league is growing and we have seven regional centers with regional teams and I’ve seen so many great first-generation futsal players who are not only going to be the future for our outdoor program, but can be the future for the PFL.

The same thing with coaches. The majority of the head coaches will be foreign-based. We are not mandating it but recommending that a majority of the assistant coaches be American. Then after three or five years, we'll have developed our own coaching staff.

SA: Would the players be full-time futsal professionals?

KEITH TOZER: We’re also talking about each franchise having a futsal academy and a youth league. There will be content within the organization in order for coaches and players to stay in the community, be part of the community and make money in the offseason.

Our plan is also, as MLS has done, exhibition games either during the season or around the season that also give the players and coaches the ability to earn more money.

It would be a combination where these players would play for their club and work for their academy, work in their youth leagues. Get ingrained the their community.

SA: Do you imagine having players who play outdoor ball in the futsal offseason?

KEITH TOZER: I would imagine they wouldn’t play in the PFL and MLS, but maybe some of these players do play futsal during the winter and then play in some of the outdoor leagues during the summer. 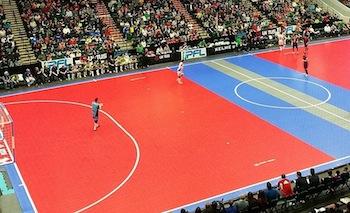 SA: Do you foresee existing outdoor clubs joining the PFL?

SA: You’re convinced that futsal will be a hit at the turnstile?

KEITH TOZER: I’m absolutely confident about that. We drew 5,200 for our first PFL Challenge in Frisco, and that was with only four weeks to promote it. In Europe, the UEFA club championship sells out 13,000-seat arenas.

SA: Much of futsal’s appeal is that helps develop skillful outdoor players …

KEITH TOZER: Neymar, Lionel Messi and Cristiano Ronaldo all came out and said one of the reasons I am who I am is in my country during my development years, I played futsal.

Futsal is great for the outdoor game, but it’s also a great sport on its own.