Wenger chimes in on Zelalem; Ramos names Hyndman U-20 captain

Arsenal coach Arsene Wenger has hinted that 18-year-old Gedion Zelalem, who was recently named to the USA's U-20 World Cup roster, may be loaned out next season.

“[A loan] is possible but I always test the players in preseason,” Wenger said at the press conference following the Gunners’ 1-1 tie with Manchester United on Sunday. “After preseason I make an assessment on how close they are to the first team. If he is not close next year then yes, he needs to play somewhere.”

Zelalem appeared as a sub in a Champions League last December and an FA Cup game in January 2014 but has yet to play in an English Premier League game. 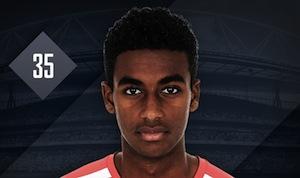 Born in Germany to Ethiopian parents, Zelalem moved to Maryland at age 9 before joining the Arsenal youth program shortly before his 16th birthday. He had appeared for the German U-15 national team but got his U.S. citizenship in December and last week was approved by FIFA to represent the USA.

On Zelalem choosing the USA over Germany and Ethiopia, Wenger said:

“I leave the freedom to the players to play for the country where their heart is. There are more and more people who have been educated in two or three different countries. He is an interesting case because he has been educated until the age of 9-10 in Germany and then 10-15 in the States. That is maybe the age where you go out of the family and start to have friends. He felt he wanted to play for the States.”

Coach Tab Ramos has named Emerson Hyndman captain of the U.S. team that will compete at the U-20 World Cup May 30-June 20 in New Zealand.

The 19-year-old Texas product, who moved to England’s Fulham in 2011, played in all six of the USA’s games during U-20 World Cup qualifying in January. He was the main orchestrator of the U.S. attack, and also scored once and assisted on three goals. Hyndman left the final game, a 2-0 win over El Salvador that clinched third-place for the USA and a spot at the World Cup, with 20 minutes left after suffering a broken collarbone.

Hyndman, who played nine league games this season for Fulham, which finished 17th in the English League Championship (second tier), has not appear for the Cottagers since the injury.

“We’ve been discussing with the staff trying to figure out who was going to be a good leader for us on the field and off the field,” Ramos said. “We’re very fortunate with this group that we definitely have three or four guys who could have taken that role, but we felt that Emerson was the right person to lead the way for the group. Obviously he’s a good player, and at the same time I think he’s very professional on the field and off the field and I think the type of person at U.S. Soccer we’d like to have as a leader.”

Hyndman, who played for the Dallas Texans and FC Dallas before moving to England, debuted for the full national team in a 1-0 win over the Czech Republic last September. 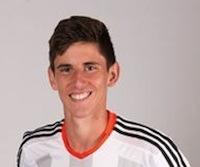 “It’s obviously an honor to be captain of a World Cup team,” Hyndman said. “I’m looking to bring all the same qualities from qualifying and really just help everyone on the team. [Ramos] just told me that he doesn’t want to put too much pressure on me, and he wanted me to be more of a leader. I feel like I can do that, so I’m up to the task.”

PREPPING IN AUSTRALIA. After training with 15 of its 21-player roster in Southern California, Ramos’ squad convened on Saturday in Australia for a six-day camp before heading to New Zealand.

The USA will play Australia and Serbia in preparation friendlies while Ramos says they're focusing on their opening game against U-20 World Cup debutant Myanmar, which the Americans face in their Group A opener May 30. Ramos used the 15-hour flight to Australia to show his players video of Myanmar games.

“We’re putting more resources and time into Myanmar and learning about Myanmar than we did for playing Spain in the last World Cup,” Ramos said.. “Only because when you play a team like Spain or France or even Ghana, they play a style you’re somewhat familiar with, so you know their soccer culture, you know a lot more about them to begin with. In this case, we really had to learn from scratch. I think we’re putting a lot of time into that, and we feel comfortable that we’re moving in a good direction to be prepared for that game.”

U.S. U-14 boys undefeated in Croatia

The U.S. U-14 boys national team, coached by Brian Johnson, went undefeated in three games during a May 7-17 camp in Croatia.

Ulysses Llanez (Chivas USA) and Luis Arriaga (Santa Rosa United, Calif.) each scored a pair of goals in the series. 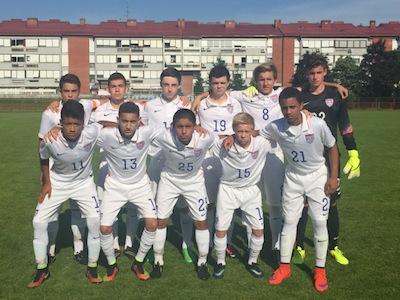 Coach Jitka Klimkova is overseeing a 24-player U.S. U-19 women's national team squad in a May 16-23 camp at the U.S. Olympic Training Center in Chula Vista, Calif.

U.S. U-19 women will train for eight days. Photo courtesy of U.S. Soccer.