Richie Williams on teens turning pro, Bradenton, plus lessons from U-17 qualifying

The USA earned a spot at the 2015 World Cup with a penalty-kick shootout at win over Jamaica on March 15, leaving Coach Richie Williams with seven months to fine-tune his team for the World Cup that kick off Oct. 17 in Chile. We spoke with Williams about preparing a team whose squad is split between players in residency in Bradenton, Fla., and those already signed with professional clubs; the future of U-17 residency; and lessons from qualifying.

“Times are changing,” said Williams, who held a May 2-11 camp in New Jersey. “We've had some players who weren't with us at all in residency because they signed with foreign clubs before the cycle started. And we're seeing more of that since the cycle started. Some players came for one year and signed with clubs. We have about 10 players, some MLS players, who aren't in Bradenton.”

Haji Wright, who had been guest-playing at Schalke 04, has since the qualifying tournament signed with the NASL’s New York Cosmos and Alejandro Zendejas has made his MLS debut with FC Dallas.

Williams believes the recruitment of American players at such young ages is proof that U.S. player development is improving. 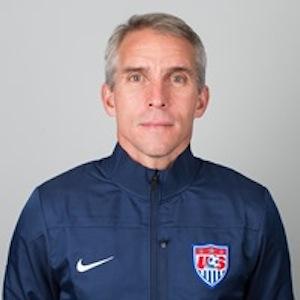 “It’s not perfect but it’s improving,” he said. “I don't think anytime in the past we've had players leaving residency to turn professional before the cycle was over. We’re developing more players. Foreign clubs, whether in Europe or Mexico, are identifying our players at younger ages.

“It's obviously great that they're able to sign with professional clubs at such early ages. They're in professional environments where they're training with men everyday.

“The flip side is, it was great having them in residency full-time and training daily and being part of the group. But it's understandable now that with more players going pro the U-17s are more like a normal national team.”

Besides players playing abroad, the U.S. Development Academy, which includes MLS clubs, has been in place since 2007. Is it still necessary to have a U-17 residency program?

“That continues to be the debate,” says Williams. “I think we provide a great environment in residency, but I don't think anyone wants to take a 15-year-old away from home if they don't have to.

“The people making decisions at U.S. Soccer will determine when it's the right time when we won’t need residency. They’re constantly evaluating the academies, which are, with MLS leading the way, becoming stronger and stronger.”

“We're in a very good, professional environment with very good facilities. We train five days a week, a match on the weekend, Sundays off, three days in the gym. There’s mental conditioning, nutrition meetings. We’re educating them on being well-rounded soccer players on and off the field.”

Williams’ team started strong in qualifying -- with wins over Cuba (5-0), Trinidad & Tobago (2-0) and Guatemala (4-1) -- and came within three minutes of clinching a spot in its fourth game when host Honduras snatched a 2-2 tie. A 1-0 loss to Jamaica forced the playoff that the USA won in the shootout, preventing a second straight failure to qualify since Williams took over.

“I don’t think people understand how difficult qualifying is,” said Williams. “You’ve got 16- and 17-year-olds in the hotel for 21 days. You can’t go outside because of security reasons. The training fields aren’t great. …

“We had to build our players back up after having been so close to clinching against Honduras and losing [1-0] to Jamaica in a game we dominated but didn’t finish our chances. A team that tried to disrupt and counterattack. But it was a great learning experience to make them stronger for the World Cup.”

The area in which Williams believes his team needs to improve on is coping with big, strong, athletic teams, such as the Jamaicans.

“We like to play good soccer but we also know there's a physical part to it,” he said. “We need to be able to withstand pressure and aggressive play from other teams, so that part we'd like to address and we have been. …

“We started with these players when they were 15 and a lot of things can change by the time they're 17. Some guys grow, some guys don't. Some players are aggressive, some aren't. We have a lot of good technical players and we like to attack.

“But when you play certain teams, more athletic, bigger and stronger teams -- we're trying to make sure that we solve that issue. It may mean playing some different players at different times.”