The remarkable Clive Toye -- who brought showmanship, excitement and color to American soccer

The debt owed by American soccer to Clive Toye is a vast one. It is not too much of an exaggeration to say, flatly, that without Toye’s blind faith in the sport in the 1970s, pro soccer in the USA would have withered and died.

Yes, Phil Woosnam and Lamar Hunt and Bob Hermann were there too. But in those unpromising years it was Toye’s voice -- it came in a steady flow of ridiculously optimistic press releases and grandiose plans for a future that few others even dared to ponder -- that called loudest.

There has always been the spirit of a showman in Toye, and surely it was that spirit that enabled Toye to overlook the virtual collapse of the old North American Soccer League and to see instead a glittering future for the sport in the USA, even to declare to anyone who was listening -- and not many were in those days -- the preposterous notion that the USA should begin preparing to stage the World Cup.

And when the NASL, by the skin of its teeth and by the mad devotion of Toye et al, did survive, it was Toye who gave the reborn league its glittering image with his invention of the Cosmos, with his canny maneuvering and dealing, who brought Pele and Beckenbauer to New York. Showmanship indeed.

And that is only the obvious stuff. There’s a lot more to tell about Toye and soccer, and you’ll find plenty of it in Toye’s recently published book “Anywhere In The World.”

It’s as lively a soccer autobiography as you’re going to find. Not just worth reading, but required reading. And why not? Before descending on the USA, Toye, writing for the Daily Express was a top -- maybe the top -- soccer journalist in England. You’ll not find any turgid or difficult to follow passages in this book. A joy to read. 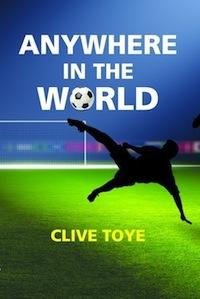 I’d better correct, right now, any impression that I’m acting as Toye’s agent. The book has its faults, mostly the faults inherent in any autobiography. Self-inflation being the biggest danger. So, yes, there is a thread of boastfulness here. Inevitably -- this is the soccer world according to Toye. And anyway, he has a hell of a lot to be boastful about.

The anecdotes romp riotously along, almost jostling each other off the page as they demand to be heard. Of course Toye is the central figure in most of them. They are funny, they are shocking, they are sometimes silly, but they are all bursting with life. And they are surrounded by a constant chorus of Toye’s opinions on the state of the game.

Toye’s business dealings with FIFA are great fun (they weren’t so much fun for him, of course), his objections to foreign owners for soccer clubs will either delight or infuriate you ... and those extremes are what give this book its sharp flavor.

Modern players? They get called “millionaire sissies” at one point. Red Bull, the product that lends its name to an MLS team, is called “a revolting drink.” Coaches are given a hard time -- the chapter is titled “Coaches? Who Needs Coaches?” Nor does he think much of the advance of the “data analysts” into coaching (I’m right with him here) -- his point of reference is an Arsenal-Bayern game that had featured deep computer analysis of the players Toni Kroos and Mesut Ozil, allowing strengths and flaws to be explained in great detail “when anyone could plainly see that Kroos had a great game and Ozil had a stinker.”

Toye’s light-hearted reminiscences of his early days in the USA, working as the General Manager of the Baltimore Bays, dealing with people who knew next to nothing about soccer (“What’s a rayal Madrid?” was a question asked by a high-ranking official of the Federation), beautifully capture the surreal absurdities that so often cropped up back then.

Sure there are things I don’t agree with in this book. Actually, Toye very nearly lost me on page 2 when he uses that fatuous -- and dangerous -- quote from Bill Shankly about soccer being more important than a mere matter of life and death. What tripe. And you needn’t bother to read the five pages of Chapter 4, Toye’s not particularly funny attempt to belittle the sport of (American) football. Nor can I understand why he finds it necessary to drag in mentions of Rorke’s Drift and Ngaruawahia, names that recall the least acceptable aspects of British imperialism. And Toye, a smoker of foul cigars (I know, I’ve suffered from them) mocks the anti-smokers ... but the word “cancer” is never mentioned.

Maybe Toye got one of his anecdotes wrong. The one he uses to illustrate his title “Anywhere in the World.” Toye has just finished dining on a riverboat in Vietnam, and wanders off to find somewhere where he can light up his “post-dinner cigar.” Alone at last on a lower deck he lights up, but a drunken Vietnamese soon appears and starts to belabor Toye with details of all the Premier League teams and their best players. The flow of soccer words is interrupted as the speaker lurches over to the side of the boat and throws up into the Saigon River. Maybe his sickness was due to too much food or excess alcohol or the boat’s movement. Maybe. I prefer to think it was Toye’s cigar smoke that turned the poor guy’s stomach.

I’m quibbling, and I shouldn’t be. “Anywhere In The World” is a terrific read, a book written by a soccer guy who’s been there and done it all. I’ve known Clive Toye since those early Baltimore days, have spent quite a lot of time with him ... and never a dull moment. That goes, too, for the two-and-a-half hours it took me to read -- to hungrily devour -- his book.

Back to where I started. To the man who has done so much to build soccer in this country. The remarkable Toye who wedded his deep knowledge of the sport to his flare for showmanship, for excitement and color ... and gave us the unforgettable Cosmos.

Worth repeating, those words: showmanship, excitement, color. For a short while, back in the 1970s and the 1980s, that was what the old NASL was all about. They are qualities that today’s MLS could use. How very strange, how sad, and ultimately how stupid that the MLS people never called on Toye to be part of their venture.