Wondo's mark of 100 goals impresses everyone but him

By now, the Chris Wondolowski story is almost too familiar: the early years of struggle to get on the field, the amazing run of double-digit seasons including a record-tying 27 in 2012, the MVP award, the appearances in the World Cup, etc.

Yet knowing the story doesn’t reduce its remarkableness, and upon the scoring of his 100th regular-season goal Sunday, all of what makes Wondolowski Wondo came forth in postgame comments. 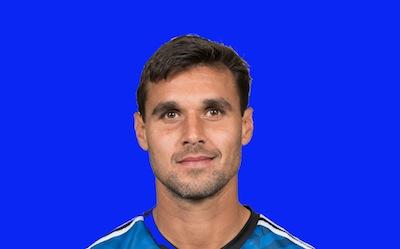 “You’re proud of him, right?,” said Quakes general manager John Doyle, who as a Quakes assistant coach scouted Wondolowski at a combine for local Northern California players. San Jose took the native of Danville and product of Chico State in the fourth round of the 2005 MLS Supplemental Draft as the 41st overall pick. “He’s such a nice guy, works hard, does anything you ask him to do. Over the years from when I first met him to now, he hasn’t changed at all."

His stats and stature have dramatically changed. He played all of five minutes his rookie season while also leading the reserve team with eight goals in 12 games. That’s been the recurring theme of his professional career: when provided the opportunities to play and the chances to score, he’s performed. A fusion of great balance, tenacity and an incredible work ethic has produced a goalscoring record only eight other players have matched or exceeded.

“He’s done a lot of it on his own,” says Dominic Kinnear, the man who drafted Wondo in 2005 and four years later traded him back to the Quakes. (The team relocated to Houston after the 2005 season; the current Quakes management group joined MLS in 2008.)

“I’m sure he’s had the support of his family and friends and believed in himself," added Kinnear, "but the guy takes the practice field every day and wants to do one thing: He wants to play well and he wants to score. His improvement over the years has been a great progression, but he’s ultimately a goalscorer and it’s a great day for him.”

Kinnear laughed when asked if he’d chatted with Wondolowski about his achievement and what it means to stand amongst the elite scorers in league history.

“I haven’t really sat down and talked to him and said, ‘Hey, remember when I traded you? What a great accomplishment, what a great move that was for you,’" said Kinnear. “But in looking at his career and where he it was at the time, well, he wasn’t getting a lot of chances in Houston, so I thought for him to ply his trade closer to home. There was only one team I called, by the way, and it was San Jose. I thought it would be a good idea, not knowing -- I don’t think anybody knew -- what was going to happen.”

What has happened is incredible. After scoring four goals in 37 games for the Dynamo in three and a half seasons, he bagged three in 14 games back in San Jose in the second half of the 2009. Since then he’s been the most consistent scorer in MLS history.

A breakout season of 18 goals in 2010 turned out to be anything but the fluke some observers said it was. He’s netted 16, 27, 11, and 14 goals the past four years. His penalty kick Sunday brought his season total to seven and if he reaches 10, a near-certainty unless serious injury strikes, he’ll be the only player in league history to hit double-digits in six consecutive seasons.

“My first six years I definitely wasn’t where I am now and I think a lot of it is just confidence,” says Wondolowski, who at 32 looks as fit and hungry as he’s ever been. “I learn from some of the best who have played, guys like Brian Ching and De Ro [Dwayne De Rosario] really made an impression on me. Those are guys that I really look up to and they helped me, but my younger years I wanted to go out there and not make a mistake. Now I know that I can play at this level. I have belief in myself and I have belief in my game."

Every goalscorer labors under an excruciating burden to produce, and Wondo needed time to learn the poise and patience the game often demands. Forcing the issue can work occasionally, but over the long haul all great scorers have learned to recognize when a chance is coming and pounce ruthlessly when it does.

“It’s just confidence, he says. “I wanted it so bad sometimes I’d run myself out of good opportunities, good movement, and now I know that I just let the game come to me. I trust it. The game’s slowed down a bit, I’ve adjusted to it, and heightened my touch, and a lot of hard work, too.

“I feel a lot more confident … under pressure and in tight spaces, where before I would start freaking out and spazzing out. Now I’m a little more calm, cool, and collected.”

The penalty kick he netted for No. 100 embodied those characteristics. A red card to Brek Shea had reduced Orlando City to 10 men, but the Lions took a shock 1-0 lead on a penalty kick. Awarded a PK of their own a few minutes later, the Quakes turned, as usual, to Wondo.

Penalty kicks are not the slam dunks they seem to be. All the pressure is on the kicker and in this situation, a miss would leave San Jose down a goal despite the man advantage. Wondolowski says he has two basic approaches to kicking from the spot but every attempt is different and this one took on further wrinkles since the keeper, Tally Hall, is a personal friend as well as a former teammate with the national team.

“He’s a very good friend of mine so he’s seen a few of my penalties. It’s one of those things, the fun mind games about it, and so he knows that I know that he knows what I know.”

The latest member of the century club admits he really doesn’t know what he’s accomplished and probably not until hangs up the boots and looks back will he realize its significance. In typical fashion, he lamented a failure to get three points rather than indulge in self-praise.

“It’s been crazy, a bit surreal, and I love it,” he says. “It’s one of those things that kind of slowly creeps in and kind of look back when my career is done and tell me kids and grandkids about this but right now it’s fun. I’m enjoying going out there and whatever happens, happens. I’m just enjoying it. That’s kind of the mentality right now."

mls, san jose earthquakes
5 comments about "Wondo's mark of 100 goals impresses everyone but him".
Read more comments >
Next story loading