(Soccer America continues its countdown to the 2015 Women's World Cup with the 16th of 20 profiles of the women to watch in Canada.)

Three years ago, Christen Press thought she was giving up on her lifelong dream of playing for the U.S. national team. Now she's poised to be a key part of the USA's attack at the World Cup.

She won the 2010 Hermann Trophy after scoring 27 goals during her senior year at Stanford, but never got a call from the national team. She scored eight goals as a rookie in 2011 for magicJack, but the WPS folded after her first season.

“Basically I called every single person I knew in the soccer world for help to get contacts,” she said. “I maybe called 25 to 50 people, and they called their friends, to figure out any country, any team … just getting as much information as I could.” 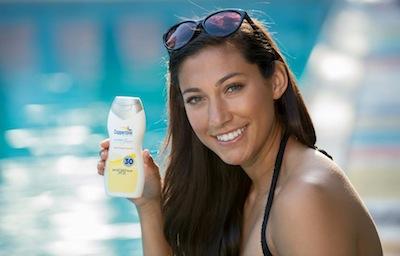 But this was five days before the transfer window closed. With the help of her former coach, USL Pali Blues coach, Charlie Naimo, she made contact with Swedish club Kopparbergs/Gothenburg FC and signed just in time.

“It was traumatic deciding if I was going to go abroad and continue playing soccer,” Press said. “I thought leaving the United States was leaving my opportunity to play for the national team, because the team full-time in the United States, training for the Olympics.

“I decided to take a different approach -- forget about the national team and play for myself.”

Press had been called into the U-23 team once during college, but despite being the college game’s top player, never got a call from the full national team.

“That’s the tough thing about the national team is you don’t get any feedback if you’re not in the group,” she said. “You don’t find out what you’re supposed to be working on. Of course, the whole time I was in college I was looking at the national team. And toward the end of my college career felt like I had earned a tryout. It never came and that was really frustrating for me.”

But Press finally got break while she was scoring nearly a goal per game in the Swedish league, because U.S. coach Pia Sundhage kept in touch with soccer in her homeland.

Sundhage invited to a 30-day camp four months before the Olympics. Press’ club commitment limited her to a five-day appearance. She couldn’t attend the May camp, but Sundhage picked her anyway as an alternate for the team at the Games in London.

“So while in some cases it can be a disappointment not to make the roster, for me it was a really big blessing,” said Press.

Press spent the entire Olympics practicing with the team and watching the games from the stands.

“Having an opportunity to travel and train with the team during the Olympics -- – to experience how much work the team puts into it -- was a great opportunity for me,” she said. “I remember it very fondly. I played with a lot of freedom. I had nothing to lose. I pushed the team and worked really hard and I think that for the duration of that May and June that I was with the team, I was really able to come into form and a way that I don’t think most players are able to get in their first opportunity with the national team.”

She debuted for the USA half a year after the USA won Olympic gold in London and scored 20 goals in her first 44 games for the USA.

On the eve of the World Cup, Press is slated to play on the right side of midfield and on the frontline.

PRESS THE WRITER: Upon leaving for in 2012, Press began chronicling her adventure abroad for Soccer America. Her 55 blogs began with “Finding Flow” – how she trained on her own to prep for the Swedish Damallsvenskan – to “The Chicago Daily News,” her arrival at the Chicago Red Stars.