All-Star voting is underway and fans have myriad voting options. Forward C.J. Sapong celebrated his return from substance rehab program by scoring for Philly. A rematch of the 2014 MLS Cup final and another major market showdown comprise the Sunday TV doubleheader.


1. Sapong talks about his hiatus.

Sapong came off the bench in the 54th minute Saturday against the Red Bulls and just eight minutes later scored a clinching goal in a 2-0 Union victory that could go quite a ways toward reviving the team’s season as well as his career.

“He looked possessed,” said Union head coach Jim Curtin told MLSsoccer.com. “Like he had something to prove.”

Sapong was arrested May 1 for driving under the influence and spent several weeks at a recovery and rehabilitation clinic in Malibu, Calif. under a league-mandated program.

“It was a good time for reflection for me,” he said. “It was another opportunity for growth. I try to look at any kind of speed bump or challenge as that. It was tough being away from the guys, but it kind of made me a little more appreciative when I got back and I was able to be on the field with them.”

Traded by Sporting Kansas City to Philadelphia last year, Sapong scored his second goal of the season at New York. During the past four seasons, he scored 20 goals and registered nine assists in 110 games for SKC.

“He kind of embraced the process and I think he learned a lot from it and I think he’ll be better for it,” said Curtin. “And if those 35, 40 minutes he gave us against the Red Bulls are a sign of things to come, we’re in a good spot.” 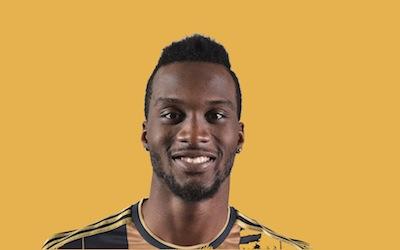 A player acquired by SKC to replace Sapong has been summoned by his national team for matches next month.

Krisztian Nemeth, who leads SKC with five goals, will leave after the team hosts FC Dallas on Friday. Hungary hosts Lithuania in a friendly June 5 and plays at Finland June 13 in a 2016 European Championship qualifier. He will miss only a June 6 game against Seattle.

After scoring twice and registering an assist in a 4-2 defeat of New England last week, Nemeth, 26, has scored five goals on as many shot attempts. Acquired in December after playing in England, Greece, Netherlands and his native country, Nemeth has 15 international appearances.

On Wednesday MLS started fan voting for the 2015 All-Star Game that will be played July 29 at Dick’s Sporting Goods Park.

Voting will continue until July 3 online, through social media, and by playing EA Sports FIFA 15. Media members submitted nominations by which eight players per team were placed on the All-Star ballot, and from those 160 possibilities fans will select 11 players – one goalkeeper, three defenders, four midfielders, and three forwards – for the team that plays Tottenham Hotspur.

Results of the voting will be announced July 13 during halftime of the USA-Panama Gold Cup match. Guidelines for voting by social media are posted on MLSsoccer.com.

To the 11 players selected by fans, commissioner Don Garber will add two picks, and the game-day roster will be fleshed by results of voting amongst the players and media members. Rapids head coach Pablo Mastroeni will serve as coach of the All-Stars.

Under terms of the Collective Bargaining Agreement, 32 players will be named All-Stars each season. That squad will consist of four goalkeepers, eight defenders, 13 midfielders, and seven forwards.

Too much rain falling too fast.

A friendly scheduled for Thursday night between Houston and English Premier League club Manchester City at BBVA Compass Stadium was canceled in late afternoon. Work crews labored to get the field ready after 10 inches of rain fell on Monday and as of Wednesday afternoon the game was a go.

Team officials cited unsafe field conditions stemming from widespread flooding as reason to cancel the BBVA Compass Dynamo Charities Cup. The game will be rescheduled with a different opponent and fans holding tickets can either use them on the rescheduled game or exchange them for a league match.

A rematch of the 2014 MLS Cup final and another major market showdown comprise the ESPN2/Fox Sports 1 doubleheader this weekend. League and TV officials will be anxious to see the ratings.

The last two Supporters’ Shields winners start the double-dip when holder Seattle hosts the Red Bulls (ESPN2, 5 p.m. ET). Neither team reached the championship game after winning its first Shield; so far in 2015, the Sounders are atop the Western Conference and New York is third in the East. The last Shield winner to also capture MLS Cup is the Galaxy in 2011.

Seattle hasn’t changed much from the 2014 team that lost to L.A. in the Western Conference finals. The additions of Sacha Kljestan, Mike Grella and Felipe Martins and play of second-year defender Damien Perrinelle have propelled NYRB to a good start under new head coach Jesse Marsch. And unlike the Sounders, the Red Bulls didn’t play on Wednesday.

The Galaxy and Revs face off at Gillette Stadium (FS1, 7:30 p.m. ET) nearly six months after the Galaxy prevailed in overtime, 2-1, to capture its fifth league crown. New England hasn’t won in its last four games but it can take over first place in the East. The Galaxy beat RSL, 1-0, Wednesday on a Juninho penalty kick.