Embattled Sepp Blatter had a 133-73 edge over his sole opponent, Prince Ali of Jordan, in the first round of balloting for FIFA president and is expected to win election for a fifth term as FIFA president.

The first round required two-thirds of the 209 votes cast for a winner to be declared. Three of the votes were invalidated. 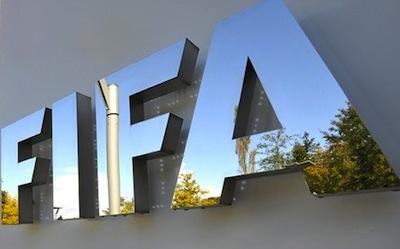 Despite a scandal-ridden history dating back to charges of improprieties with his first election in 1998 and the indictments on Wednesday of 14 FIFA officials and sports executives on charges related to kickback schemes totaling more than $150 million, Blatter was expected to win easily, based on support from traditional power bases in Asia and Africa, which account for almost half of FIFA's 209 members.

Kuwait's Sheikh Ahmad Al-Fahad Al-Sabah, an international sports power broker and new addition to FIFA’s executive committee, came out in support of the 79-year-old Blatter, for whom he is now considered a possible successor following the arrest of Blatter protege Jeffrey Webb, the president of Concacaf.

"FIFA should have a leader with a lot of experience," Sheikh Ahmad, president of the Olympic Council of Asia, told Reuters. "Not only that, but someone who has shown a strong commitment to the AFC over many years and Blatter has done that."

While Blatter's support from Asia was overwhelming -- Prince Ali's support was believed to limited to members of the West Asian Football Federation that he founded -- Africa was voting as a bloc for Blatter.

The biggest opposition to Blatter came not for the first time from UEFA, where as many as 46 of its 53 members were supporting Prince Ali, according to its president, Michel Platini. Conmebol, at the center of the kickback scandal, withdrew its support for Blatter.


Gulati: 'This is a vote for good governance'

U.S. Soccer president Sunil Gulati, a member of FIFA’s powerful executive committee, had on Thursday said his organization would vote for the Princeton-educated Prince Ali, 39.

“It really starts with his views on governance and reform,” said Gulati. “This is a vote for good governance.”

The vote was not taken lightly, given the possibility of the political fallout from the vote in 2017 when the USA is expected to bid to host the 2026 World Cup.

“Would we like to host the [’26] World Cup? The answer is, of course, yes," said Gulati. "But for me and U.S. soccer, having CONCACAF and FIFA governed and managed with integrity is far more important than hosting the World Cup or any other event. And that’s our focus right now.”
fifa
Next story loading

More from Soccer America Site
This is your last free article! Special Offer: Unlimited access for 50¢!