When at age 13 Margaret Domka refereed her first game, she remembers being "scared out of my mind."

It was an all too common youth soccer scene, with plenty of parents screaming. But Domka persevered and is currently officiating at the Women’s World Cup in Canada. She was in the middle for Thailand’s 3-2 win over Ivory Coast in Ottawa.

While speaking with Domka before the World Cup, we asked her about her time as a teen referee and if she had advice for young refs.

“It is incredibly intimidating to be a kid and have adults yelling at you when truly you’re not an expert yet,” she said. “You’re out there doing a job and doing the best you can, and hoping that the kids on the field can have a good time. …

“My best piece of advice is to listen to your own heart and your own feelings and not to listen to the spectators and the players. Do your very best and be confident in your decisions.

“And find a mentor who can give you strength and feedback. … Mentoring was incredibly important. It was the reason that I continued my referee career.”

Serbia, which beat the USA in a penalty kick shootout in the quarterfinals after a scoreless tie, has reached the U-20 World Cup final thanks to 2-1 overtime semifinal win over Mali. The Serbs will face Brazil, a 5-0 winner in its semifinal against Senegal.

This will be the second straight U-20 World Cup in which the USA got a good result against an eventual finalist. Two years ago in Turkey, the Americans, also coached by Tab Ramos, tied eventual champion France, 1-1, in their second group game. The USA exited the 2013 tourney in the first round as the France tie was sandwiched by a 4-1 loss to European champion Spain and a 4-1 loss to eventual third-place finisher Ghana.

The U.S. U-15 boys national team lost friendlies against Uruguay, Paraguay and Argentina during its 11-day camp in Buenos Aires.

The USA took the lead against the host Argentines early in the second half with a goal from Mario Licor (Orlando City SC), but Facundo Colidio equalized seven minutes later and scored the stoppage time winner. (Games were 80 minutes.) 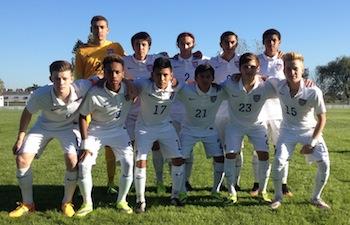 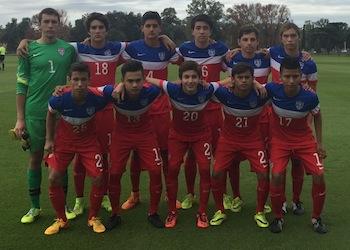 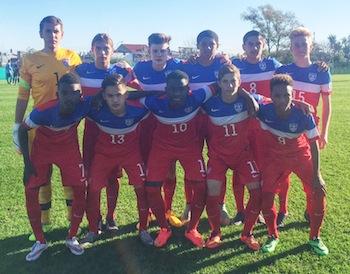 “I do not want my players, or my own children,” says Chastain, “heading the ball before 14, both for their brain health and also so that we can focus our time on foot skills, which are far more important for their soccer development. For players under 14, no headers are a no-brainer.” …

… Foudy and Chastain are also supporting the #AllGirlsCanPlay Initiative, created by One World Play Project, manufacturers of the ultra-durable soccer ball.

“What I would do after training is stay half an hour and kick the ball against a wall with my weaker foot over and over again to make sure it gets stronger. And young players should remember that everything comes from the base of hard work, so never give up."