The U.S. women's national team has given us some wonderful examples of how one can't draw conclusions about a player's potential based on their early time in the sport.

Christen Press, who scored in the USA’s 3-1 opening win over Australia at the Women’s World Cup, told us how she went her entire first season in youth soccer so intimidated she never touched the ball.

Meghan Klingenberg, the dynamic left back who has been one the top U.S. players so far at the World Cup, told Gwendolyn Oxenham in a USSoccer.com article that in her first season she was, “by far the worst on the team.”

Her father, Daniel joked: “When she played, her mother and I would try to hide.”

By age 16, Klingenberg made the Region 1 ODP team and she was selected to the U-17 national team in 2005. After club ball at Penns Forest, the Pittsburgh native starred at North Carolina, where she won two NCAA titles.

Klingenberg, the USA’s smallest player at 5-foot-2, also excelled taekwondo, which her father figured would help her overcome her shyness, until focusing solely on soccer while at Pine-Richland High School. 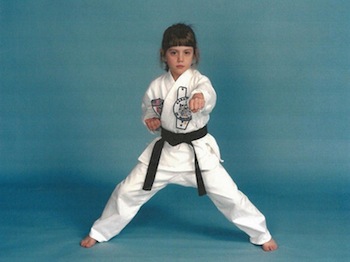 She shared more glimpses into her childhood in U.S. Soccer’s "One Nation. One Team" video series:

“I grew up in Pittsburgh. My parents were great. They would come to all my games. They were working parents but they always made time for us. They would go to work in the mornings, come home in the afternoons, and go out in the yard and play for an hour until the sun went down with us. Playing softball, soccer -- whatever we wanted to do that day.”

Back to youth soccer, she remembers:

“I remember one game I get kicked really hard in my shin and I go down. I’m about to cry. I’m laying there on my back. And all of a sudden I hear my mom going, ‘Get up! You’re fine!’ … So I’m, OK. She says I’m fine. I must be fine. So I get up and start playing. That’s kind of how my childhood was. Never letting me slack off and making sure I was a tough kid.”

Playoffs for the Development Academy’s U-15/16 and U-17/18 divisions take place June 23-26 in Westfield, Ind. The qualifiers were determined through 21 automatic qualification spots and 11 wild-card berths. The U-15/16 and U-17/18 Academy Championships will be held at the U.S. Soccer’s National Training Center in Carson, Calif., July 16 and 18.

A YouGov poll of 1,000 adults found that 24 percent of those surveyed picked soccer when asked which sport they would be most likely to suggest “if a child who didn’t play any sports wanted to take one up.” Only 4 percent picked football. “Baseball or softball” led with 30 percent while basketball came in at 15 percent.