Perhaps the most impressive player so far during the USA's run at the 2015 Women’s World Cup has been 24-year-old Julie Johnston.

The central defender is marshaling a backline that has limited the USA’s four opponents to just one goal while goalkeeper Hope Solo has barely been called upon. As impressive as Johnston’s ability to intercept passes and strip foes of the ball is her comfort with the ball at her feet. That’s not so surprising considering she grew up playing attacking roles.

“She was well beyond the other girls as far as talent and ambition,” says Gene Warne, who started coaching Johnston when she was 9 with Gilbert SC (now Arizona Arsenal SC) after Johnston got her start in AYSO. “Some were exploring daisies on the ground and butterflies in the air, but she was constantly working with the ball and looking for ways to score.”

How intensively competitive Johnston was as a 10-year-old was demonstrated when Warne’s team scrimmaged a boys team, which had a commanding lead by halftime. Warne told the girls that, in the second half, they should focus connecting passes and every time they’d connect three, he would consider that a goal for the girls.

“They all thought it was a fine idea,” Warne said. “But then I saw Julie, crying like crazy. I thought she was hurt and ask her what was wrong. She said, ‘I don’t want to pass three times. I want to beat them!’” 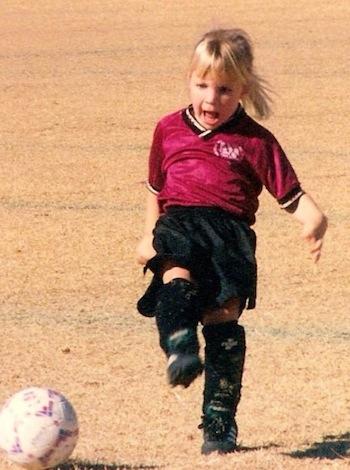 After a couple years of playing for Warne, Johnston followed her older sister Melanie to Sereno SC.

“We lost eight championship games in a row against Johnston’s Sereno team,” says Warne. “She started playing more defense, but also played midfield and forward. She played wherever they needed her and was always comfortable anywhere.

“There’s no doubt that playing different positions has made her such a good player. You understand what the players you're facing were taught about playing that position. One of the things that makes her such an awesome player is she anticipates what her opponents are going to do before they do it and that's what playing a lot of positions growing up can do for you. That's playing with a purpose.”

“At practice, you basically are taught how to do things,” he says. “But to become proficient you have to spend time on your own. She played with her older sister, who was a great player, too.”

Johnston recalled the battles with Melanie:

“My sister started playing so of course I wanted to do everything my sister could do. We were always super-competitive. She was always that much better than me at things until I started to get older and taller than her. Everything was so competitive. But it was so much fun because I had a partner I could go out and practice with. My family loved it. It was a soccer family.”

Johnston's track reminds me of what I was told by then-Bayern Munich youth program director Werner Kern in 2012. When the club identifies a young prospect as having the potential to be an understanding central defender, they use him as a midfielder throughout his youth career to ensure he develops all-around skills and the ability to read the game.

Johnston also played on the backline, in midfield and up front at Santa Clara University under Coach Jerry Smith. 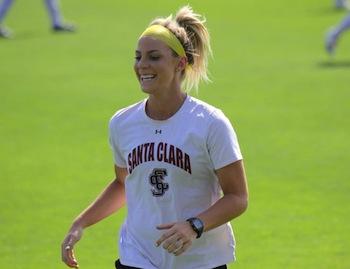 Warne, now in his 34th year of youth coaching, is of course enjoying watching his former player at the World Cup.

“It’s absolutely great being able to point Julie out to the girls I coach now,” he says, “and say, ‘This girl came from Arizona and was once doing the same things you’re doing, and it’s gotten her a college education and a chance play international soccer. That doesn’t happen to everyone, but who knows where you’re going to go.”

Serbia won the 2015 U-20 World Cup with a 2-1 overtime win over Brazil in the final. It marks the second straight tournament the USA tied the eventual champion. In 2013, the USA tied France, 1-1, in the group stage. The Bleuets, led by Paul Pogba, were later crowned the champions in Turkey.

In New Zealand earlier this month, Coach Tab Ramos' team played to a 0-0 tie with Serbia in the quarterfinals and before exiting in a shootout that went nine rounds.

The Serbs were coached by Veljko Paunovic, who played for the Philadelphia Union in 2011 when it made the playoffs.

Selected games from the U.S. Soccer Development Academy Showcase in Westfield, Ind., are being streamed live at USSoccer.com and are archived on U.S. Soccer’s YouTube Channel.