Lawrence Cann is the president and founder of Street Soccer USA, whose purpose is to strengthen communities of disadvantaged adults and youth in urban areas by introducing them to, and facilitating, a love for the game of soccer. Cann experienced the importance of community support when, as a 9-year-old with four siblings, his family’s house burned down. Later volunteering at homeless shelters and soup kitchens, Cann, who played Division I college ball at Davidson, came up with idea of creating soccer opportunities for under-served populations, including homeless families. His brother, Rob Cann, who played soccer at East Carolina, is National Program Director. Street Soccer USA operates in 16 locations across the country and hopes to expand its youth programs, which are currently in three major cities. The Street Soccer USA Cup series takes place July 12 in New York City’s Times Square and Aug. 14-16 at San Francisco’s Civic Center.

SOCCER AMERICA: How and when did you fall in love with soccer as a kid?

LAWRENCE CANN: I would say the 1990 World Cup when I was 12. Seeing all these different countries that were involved and realizing what kind of a big, global, thing it was just captured my imagination. I remember that really vividly. It totally captivated me.

SA: What is it about soccer that is so good at erasing stigma for disadvantaged youth?

LAWRENCE CANN: I think soccer is a truly democratic sport. Everybody is a quarterback when you have the ball. There are very few barriers to soccer. It’s just very easy to play in every format… It’s the only sport that provides a global connection.

SA: What does street soccer emphasize in the youth programs vs. the adult programs?

LAWRENCE CANN: Yeah, basically, the adult programs are focused on immediate outcomes: employment and getting back to school. And for the kids, it’s more about improved health and graduation rates. The real impact you want to have is 5 or 10 years down the line. 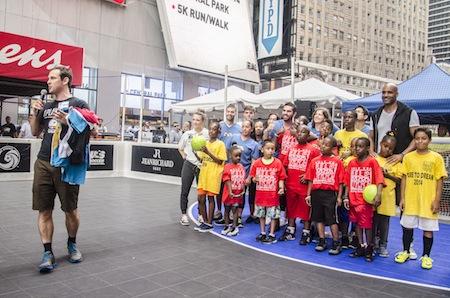 SA: Do you track your youth programs to collect statistics on graduation rates?

LAWRENCE CANN: Graduating is the impact goal. Our oldest group is turning 14. We can track their attendance, their grades, and whether they advance to the next level. We can do that for a small percentage of our kids.

Take our program in Brooklyn, where a third of the kids are in the shelter; they’re transient every 6 to 12 months. The numbers that we have for the kids are outcomes that we can report on and 92% of them have positive outcomes. Their health is better, their emotional self-regulation is better, their self-efficacy is better and their social network has increased as well as their ability to trust others. At the end of the day those are soft outcomes, but we’re on the right track. 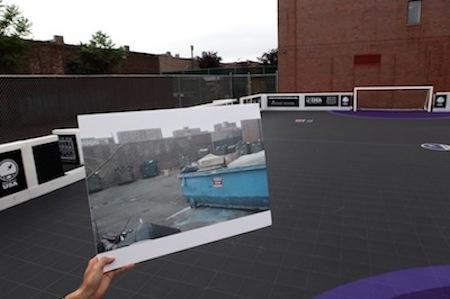 SA: How competitive is the play?

LAWRENCE CANN: Competitiveness is good and motivates people but it isn’t the purpose and it’s not the rewards structure of the system. We try to build trust so we can challenge people and give them a hard time, essentially, based on that trust. I’m giving you a complicated answer to the question.

Is it competitive? It varies. There are some good kids and there are some that aren’t great, but that isn’t the point. The point is mastery and sticking with it: perseverance.

Hopefully, some of the kids will develop and become great soccer players and we can connect them to other appropriate leagues -- but our mission is not to develop great competitive teams. …

[American youth soccer] is a pay-to-play model, that’s what it is. That excludes a lot of lower-income people. That model is not going to develop soccer in the neighborhoods that we’re working in.

For more on Street Soccer USA, and its USA Cup series in Times Square July 12 and in San Francisco Aug 14-16, go to streetsoccerusa.org or follow Street Soccer USA on Twitter (@StreetSoccerUSA) and Facebook.