Seven of the eight semifinal spots in the two U.S. Soccer Development Academy age groups have gone to MLS clubs. The exception is Georgia United, which beat the Vancouver Whitecaps in a shootout after the teams tied their U-15/16 quarterfinal, 2-2, in Burnaby, B.C.

“It’s a nice achievement,” says Georgia United technical director Tony Annan. “The trend has been over the last few years that it’s gotten harder to compete with the MLS clubs. They’ve got more money and a lot more resources, and tend attract the very best players.”

Since joining the Development Academy in 2011, Georgia United’s teams have made the playoffs at both U-15/16s and U-17/18s each year until the U-18s came up short this season. The key to success, says Annan, is that Georgia United is a conglomeration of clubs: United FA (which merged with Norcross SA), North Atlanta SA, Lanier SA and Southern Soccer Academy.

“In 2010, myself, Dave Smith [NASA] and Iggy Moleka [UFA] sat down and decided that the only way to make an Academy club work in Atlanta, which is such a strange market, is if we worked together, checked our egos at the door,” says Annan, who was Norcross' director at the time. “We continued our clubs, but played in the Academy under the umbrella of a neutral club, Georgia United."

“A lot of people thought it wouldn’t work because of all the big personalities who’d all been successful on their own.”

The idea got the support of U.S. Soccer Technical Advisor Juan Carlos Michia, and it is now considered the optimal formula, especially for non-MLS clubs. 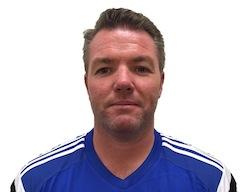 “It keeps communities together,” says Annan. “It enables clubs to retain their players while giving their players a pathway to Development Academy soccer.”

Some Georgia talent has already been recruited by MLS clubs and soon Georgia United will get more severe competition from MLS as Atlanta United FC, which joins MLS in 2017, is launching its academy in 2016.

“That definitely changes the landscape again,” says Annan. “But MLS fielding youth teams is good for the kids. It’s good for soccer in this country.”

In its quarterfinal against Vancouver, the Smith-coached Georgia United got both its goals from U-14 player Andrew Carleton.

“He probably has the biggest potential to be a professional out of all the kids in our club,” says Annan.

Carleton has been playing with the USA’s U-15 and U-16 boys national teams -- one of three players from Georgia United’s U-16s who have gotten youth national team call-ups, along with Juan Pablo Torres and another U-14, Christopher Goslin.

Quarterfinal games were hosted by the higher seeded teams. Semifinals and finals take place July 16 and July 18 at the StubHub Center in Carson, Calif.