Maki Tall, who started the first game of the Under-20 World Cup for the USA, joined Swiss Super League FC Sion on a three-year contract following his transfer from French club Lille.

Tall scored the first goal in the USA's opening win, 2-1 over Myanmar, but missed the remainder of the tournament with a broken toe. He left the opener in the 49th minute.

Coach Tab Ramos added him to the U-20 squad after the January qualifying tournament in Jamaica. He scored two goals in the USA's final four tournament warmup games. 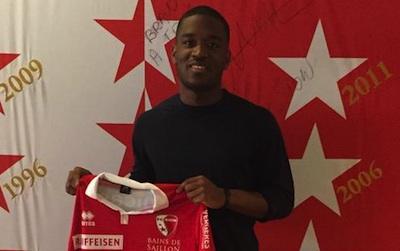 Born in Washington, D.C., Tall moved with his family to Senegal at age 7 and to his parents’ homeland, Ivory Coast, at age 11. He spend last season playing for French third division Red Star on loan from Lille.

FC Sion won the Swiss league title in the 1990s and is the reigning Swiss Cup champion. It is qualified for the group stage of the 2015-16 Europa League.