What does $1 million get you in MLS these days? Actually, quite a lot

So, what does $1 million get you in MLS these days?

It used to be rare that MLS clubs handed out salaries of $1 million or more. As recently as May 2013, there were just eight players earning $1 million or more. That number was up to 21 in the latest MLS Players Union salary figures released on July 15, and that doesn't include players signed since then. Didier Drogba will make a reported $4.5 million over the next 18 months for Montreal; published reports put Argentine Lucas Melano's salary with Portland in the $1 million-a-year range.

We wanted to see what we could put out on the field for $1 million. Looking at MLS Players Union salary figures, we searched for players making under $100,000 a year in guaranteed compensation, and came up with quite a selection of players. Our starting lineup cost only $845,909, so that gave us room to chip in two young supersubs.

Here's our Budget XI+II, all for less than $1 million, or at least until each player gets a deserved raise:

GOALKEEPER Clint Irwin, Colorado, $97,000 (guaranteed compensation).
The Rapids are last in the Western Conference, but Irwin has been stellar in goal with seven shutouts in 21 appearances and a goals-against average of 1.05, fourth in MLS.

His All-Star selection gives him the nod over Tim Melia ($84,203), who played so well for Sporting KC that it parted ways with Chilean international Luis Marin. He's tied with D.C. United's Bill Hamid for the lowest goals-against average in MLS at 0.75 and has a record of 7-2-2 in 12 appearances, double the number of games he played in first five seasons in MLS.

RIGHT BACK Alvas Powell, Portland, $68,700.
In his first full season as a starter, Powell has been excellent as a two-way player, bombing down the right side and giving the Timbers some needed width in their attack.

Another player in his first full season as a starter is Chris Duvall ($60,000), who has been a revelation for the New York Red Bulls. For veteran leadership, the Rapids' James Riley ($83,750), a former Wake Forest Demon Deacon like Duvall, can help any team.

CENTER BACK Matt Miazga, NY Red Bulls, $75,000.
Red Bulls fans have witnessed a boy grow into a man in front of their eyes. The product of the Polish community in Clifton, New Jersey, that has produced so many good players through the years, Miazga may be the most sought-after young American in MLS. He improved each game with the USA at the Under-20 World Cup and he continues to hold his own each week with the stars of MLS. 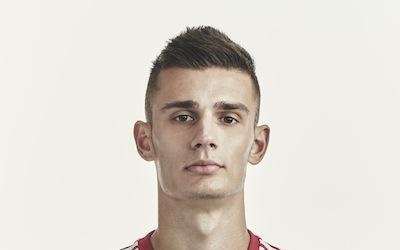 CENTER BACK Steve Birnbaum, D.C. United, $96,000.
Birnbaum has not followed up on his rookie season that earned him a call-up and his first cap for the USA in January -- an ankle injury suffered in March set him back -- but Ben Olsen continues to pencil him in alongside Bobby Boswell for the runaway leaders in the Eastern Conference.

Not a lot of starting center backs make under $100,000, but a few others of note include the versatile Kevin Ellis ($63,150), who is having his best pro season with Sporting KC, and 18-year-old Justen Glad ($71,000), who has also filled in admirably for Real Salt Lake, which has been playing without its two starting center backs.

LEFT BACK Kemar Lawrence, NY Red Bulls, $60,000.
No position offers the wealth of options -- well, that might be the wrong choice of words -- of budget options than left back. Lawrence, who started for Jamaica's 2015 Gold Cup runner-up team, is the bargain pickup of the 2015 MLS season. He has solved the Red Bulls' longstanding problems at left back -- at least until a European team comes calling and snatches him up. Lawrence, Duvall, Miazga and Damien Perrinelle, who earns $132,000, give the Red Bulls a backline that costs all of $327,000, not bad for the sixth best defense in MLS.

Other left backs who deserve consideration: D.C. United's Taylor Kemp, Montreal's Danny Toia and Seattle's Dylan Remick (all $60,000). In his second year with FC Dallas, Ryan Hollingshead (also $60,000) has been starting recently at left back, a position often manned by Moises Hernandez ($61,625). Sporting KC rookie Amadou Dia ($50,000) is making the league minimum but has been invaluable as a fill-in at both outside back positions. Young Trinidadian Jovein Jones ($66,167) has been very good for Chicago at both left back and left midfield. 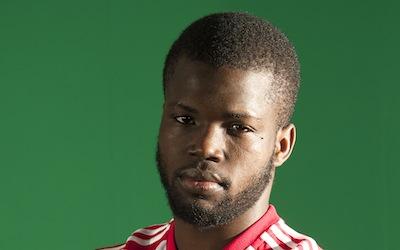 RIGHT MIDFIELDER Thomas McNamara, New York City, $71,500.
His promising rookie season at Chivas USA quickly ruined by a knee injury, McNamara has been one of the best pickups expansion NYCFC made from the MLS ranks. His four goals -- tied for second on NYCFC behind David Villa's 13 -- include a Goal of the Week for a long-distance blast in its 2-1 win over Philadelphia that helped get NYCFC on track after a terrible start to its first MLS season.

Other options? Colombian Michael Barrios ($60,000) has been getting lots of playing time recently on the right side of the FC Dallas midfield. Until his call-up to the Canada national team, 2014 MLS Rookie of the Year Tesho Akindele ($87,500) was usually starting there for Dallas. Guatemalan Marco Pappa ($75,000) is second on the Seattle Sounders with five assists but he remains sidelined following his DUI arrest and placement into MLS's treatment program.

CENTER MIDFIELDER. Victor Ulloa, FC Dallas, $60,000.
Like the Red Bulls, FC Dallas gets great value for its money. For the fifth game of its recent five-game winning streak, Oscar Pareja used six players making less than $90,000. Ulloa is the only player on FC Dallas, now second in the Western Conference behind Vancouver, who has started every game and he's played all but 33 minutes this season. 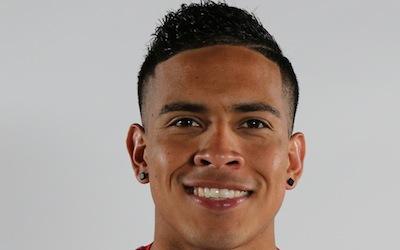 CENTER MIDFIELDER Kellyn Acosta, FC Dallas, $84,000.
To give our starting XI some connection, we're going with two FC Dallas players as our central midfielders. Injuries slowed Acosta down in 2014 and the early part of 2015 but since returning from the Under-20 World Cup, he has held down a starting spot alongside Ulloa. Acosta started as left back for the U-20s in New Zealand, but the U.S. national team staff considers him to be one of the top prospects at holding midfielder.

Another tandem that would have worked well in central midfield is the Orlando City pair of Salvadoran Darwin Ceren ($96,437) and Colombian Cristian Higuita ($60,000). Other bargain-priced central midfielders include Scott Caldwell ($67,500), who started on New England's 2014 MLS Cup team, and Marky Delgado ($82,500), who started at the holding midfield for the U.S. U-20s and has been playing very well during Michael Bradley's recent absence for Toronto FC. San Jose's Fatai Alashe ($76,250) and Chicago's Matt Polster ($75,000) will both get consideration for 2015 MLS Rookie of the Year. Calum Mallace ($75,000) has already started 15 games, the most in his four-year career, and has been a big help for Montreal on both the MLS and CCL fronts. 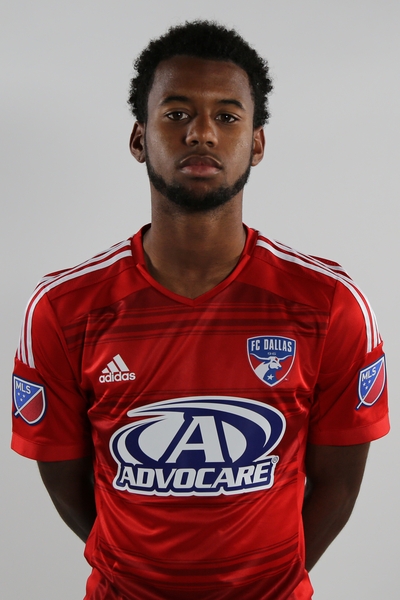 LEFT MIDFIELDER Luke Mulholland, Real Salt Lake, $83,750.
In 2014, RSL acquired the Englishman from the NASL's Tampa Bay Rowdies and he contributed six goals and seven assists. His numbers are down in 2015 -- two goals and two assists so far -- but he is second on the team with 20 starts and can play anywhere in midfield.

Seven years after finishing up at Duke, Mike Grella ($60,000) made his MLS debut and has five goals and four assists for the budget-conscious Red Bulls. The 5-foot-2 Uruguayan Christian Techera ($85,000) has a big -- well -- up side for Vancouver and has already contirbuted two goals and two assists, all in Caps' wins. Orlando City's Luke Boden ($75,000) has followed Brek Shea around the field, taking over at left back when Shea was moved back into midfield and starting recently -- and playing effectively -- at left midfield when Shea needed surgery for his sports hernia condition.

ATTACKING MIDFIELDER Nicolas Mezquida, Vancouver, $80,000.
One player MLS teams usually compensate very well is their attacking midfielder so it's rare to find a good deal at the position. A strong preseason landed Mezquida a spot in the Whitecaps' starting lineup at right midfield when Mauro Rosales was injured, and he has been starting recently in place of captain Pedro Morales as the attacking midfielder for Vancouver as it climbed into first place in the Western Conference.

FORWARD Charlie Davies, New England, $82,760.
Davies took a big paycut to return to the Revs. But he was the inspirational leader of their run to the 2014 Eastern Conference championship and he leads them with nine goals in 2015. He captains our Budget XI. 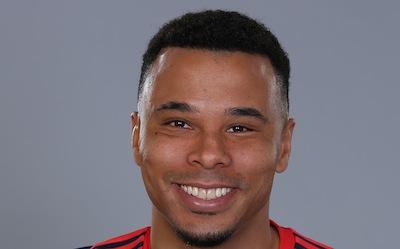 SUPERSUB Antole Abang, NY Red Bulls, $50,000.
Part of the pipeline from Cameroon via the mysterious Rainbow FC, the 18-year-old Abang has only played 381 minutes for the Red Bulls, but his average of 0.95 goals per 90 minutes are the highest in MLS of any player who has played more than 15 minutes.

SUPERSUB Kwadwo Poku, New York City, $63,045.
Like Abang, Poku has not gotten much playing time, but his productivity is even more impressive than Abang's. The 23-year-old Ghanaian, picked up from the NASL Silverbacks, has six assists -- tied for third in MLS -- in just 533 minutes for an average of 1.01 per 90 minutes.