Landon Donovan once called John O'Brien the "best soccer player in the USA." Bruce Arena said O’Brien was "as talented a midfielder as U.S. soccer has ever had."

Donovan was one of O’Brien’s teammates on the USA’s 2002 World Cup team that Arena coached. Five minutes into that World Cup, O’Brien scored against pre-tournament favorite Portugal in a 3-2 U.S. win. O’Brien was one of only three players, along with goalkeeper Brad Friedel and Tony Sanneh, to play every minute of all five games of the USA’s quarterfinal performance.

O’Brien, who also set up Clint Mathis’ goal in a 1-1 tie with host South Korea, was 24 years old at the time. Two years earlier, he started every game for the USA in its best-ever Olympic performance, fourth place at the Sydney Games. He also started all four games for the USA in its second round run at the 1997 U-20 World Cup and was on the 1993 U-17 World Cup squad.

O’Brien’s career also stands out because he is one of the few Americans who ventured to Europe as a teenager -- and made it. He left his Southern California home at age 17 for Ajax Amsterdam and went on to win two Dutch Eredivisie titles.

Injuries cut short O’Brien’s career. He suffered from scoliosis -- a curvature of the spine -- which compounded the usual injuries a professional player must endure. After spending more than a decade in the Netherlands, he joined MLS’s Chivas USA but managed to play in only one game and retired at age 29 in 2006. 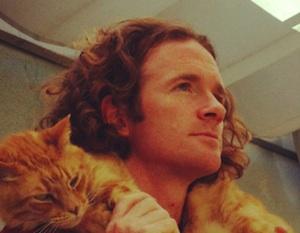 “I didn’t play much in my last couple of years because of injuries,” says O’Brien. “It was really disappointing and frustrating not being able to play. I was looking forward to taking more responsibility as an older player, but that stage never came to fruition for me. I decided I was going to do other stuff.

“The positive part of was that I felt, ‘I can learn. I can develop in other areas.’ I was interested in going to school.”

O’Brien had left Southern California for Ajax before finishing high school and got his diploma by attending the International School of Amsterdam and correspondence with his old school, Brentwood High School. Then he went to a Dutch high school for a year to master the Dutch language. Also while playing, he studied international management at a Dutch college, which gave him about a year of credits that would go toward the bachelor’s degree in psychology he earned in 2011 at Antioch University Los Angeles.

Soccer, however, remained part of his life. He coached some youth soccer, including at the LA Galaxy academy.

“It was great,” he said. “It was really interesting. I felt like I knew a lot about soccer but I didn’t know how to get it across. … My most recent experience had been as a professional player, where everything is pretty intense. With youth you have to learn how to look at it differently.”

O’Brien spent a year and a half as a volunteer assistant coach at UNC Asheville when he “decided to go the psychology route.”

“I started taking classes in performance psychology in a master’s program,” O’Brien said. “I decided that wasn’t enough for me to really learn it well, so two years ago I started a doctorate program in San Francisco for clinical psychology [at the Alliant International University].”

In the Bay Area -- O’Brien and his wife, Amy, live in Berkeley and have a 3-month-old son -- O’Brien continued to volunteer in youth soccer and with Soccer Without Borders, on whose board he serves. He’ll also be working with Coach Kevin Grimes’ men’s team at Cal this fall season.

He’s three years away from completing his studies and aims to pursue the field of sports psychology.

“Getting my clinical psychology training I think helps me understand people, and be able to work with people,” he said. “Help them meet whatever goals they want to meet. … How can you get the most out of yourself? How can you remove these barriers we sometimes create for ourselves?”

O’Brien certainly has experience to draw on, having beaten the odds in the Netherlands as an American teen, and playing for Ajax coaches such as Louis van Gaal, Morten Olsen and Ronald Koeman. 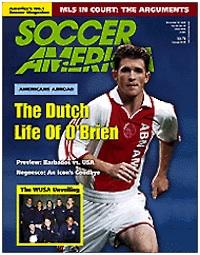 On the state of American soccer, O’Brien says:

“Professionally, oh my gosh, it’s changed so much. When I went to Holland, they were just thinking of launching MLS. Now it’s a totally different landscape. Kids are growing up with MLS. The state of the league right now is phenomenal.”

As for the national team?

“We’ve got some amazing players, like Clint Dempsey and Michael Bradley. But internationally we still haven’t made that next step.”

Indeed, the USA has yet to match the 2002 World Cup team that O’Brien helped reach the quarterfinals.