Colorado-raised Chris Martinez, who starred for the A-League's Colorado Foxes and MLS's Colorado Rapids, now serves a Real Colorado director and was named U.S. Development Academy U-15/16 Central Conference Coach of the Year 2015.

SOCCER AMERICA: What propelled your transition into coaching?

CHRIS MARTINEZ: When I played with the Colorado Rapids, Lorne Donaldson, who is the director of coaching at Real Colorado, would have me out to run technical training sessions with the younger boys and girls teams at Real Colorado. I really enjoyed interacting with the kids and being able to show them some technical things and insights of the game. I just found it very rewarding.

When I was growing up, coaching was different -- bless their heart, I had someone’s parents who didn’t have a soccer background teaching us, but now I think that the ability to share our professional experiences with young players is something I wish I had, so it was just a natural progression.

SA: What was it that earned you the U.S. Development Academy U-15/16 Coach of the Year 2015 (Central Conference) honors?

CHRIS MARTINEZ: That award was very humbling and very unexpected. The culture at Real Colorado is collaborative. So, first and foremost, from the players, the staff, the structure of the club, to the parents, everyone plays an important part and is a piece of the puzzle.

So based off of that support and over the course of the season we got some nice results against quality opponents that didn’t go unnoticed.

SA: Anything smaller, less recognized that was also important to your winning that award?

CHRIS MARTINEZ: We preach to the boys selflessness and being accountable on a daily basis. There is no player bigger than the team and every man is as important as the next. Every game has particular adjustments and requirements and players roles will be different from game to game. Once the players bought into this ideology and this system, it was amazing. Each of the players embraced what their role would be in that particular match, whether it was starting or coming off the bench. And we found some success. 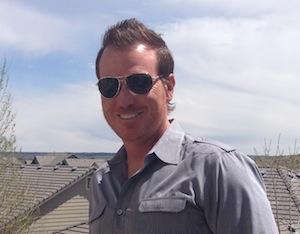 SA: Is there anything else that enables you to create good team chemistry?

CHRIS MARTINEZ: Once again it’s the selflessness, but oftentimes for certain age groups, if players aren’t on the field they take it personally or they internalize things. But if you were ever to attend any of our matches, the guys who weren’t on the field were supporting their teammates, they were encouraging them, they were mentally playing themselves into the game. If their number was called, they were ready to take the field and get after it. It might not be one particular instance, but over the course of time this ideology really reverberated throughout the season.

SA: I saw that you also coached your two daughters. How has that been for you?

CHRIS MARTINEZ: Yes, one is almost 16, the other is 14, and they both play at Real Colorado. I introduced soccer to them around the age of 5 and I coached both their teams until U-11 but then passed them on to their club coaches. For me, to provide them with a passion and love for the game, the mechanics and building blocks, is super rewarding.

SA: Any advice for parent-coaches?

CHRIS MARTINEZ: I think what they must be most aware of is keeping what takes place on the training ground and what happens in games separate from what goes on in your home life. Don’t let things carry over, either way. 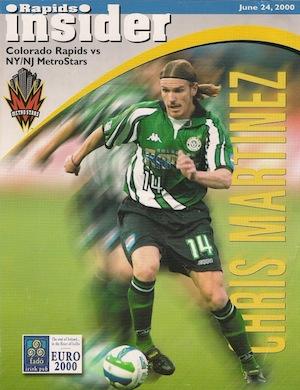 SA: How has the game changed since you played pro and how does that affect your coaching?

CHRIS MARTINEZ: The game has evolved so much. As a player, I’d describe myself as blue-collar, very hard-working, and reliable. I certainly wasn’t flashy but I got the job done. This day and age, the outside back is like the new center mid. The attack often starts from one of the outside backs getting forward, overlapping, beating players, providing service, getting into the attack. Whereas when I played, at least for me, I was more of a stay-at-home defender.

Here at Real, we try to develop complete players and try to get them to understand the importance of both sides of the ball. If you’re a forward, you are the first line of defense. If you are an outside back and you can get forward, then exploit that space. Obviously the defensive side of the ball is not as fun, but if we can work hard and get the ball back quickly then we can create chances and score goals.

SA: Who were your favorite players growing up? What about now?

CHRIS MARTINEZ: It’s a bit cliche, but being a young guy … Pele. He was just a phenomenal talent. We didn’t have the accessibility of the Internet to see clips and all that but as I got a bit older I liked players like Fernando Redondo, Paolo Maldini. Just phenomenal, just great athletes, leaders, they just had a presence. This day and age, I really like Cristiano Ronaldo. He’s big and strong and fast. Ridiculous speed. His fitness levels are just off the chart and the consistency he brings, just day in and day out... dominating. It’s super impressive.

SA: And on the women’s side?

CHRIS MARTINEZ: Wow, there’s a lot of those gals. I think if you look at Megan Rapinoe, the quality she brings, and Tobin Heath, very skillful. But Julie Johnston has really turned my head. For a young player, she was thrown into the fire and she just ran with it and got better and better. I think she’s going to be a mainstay for years to come. 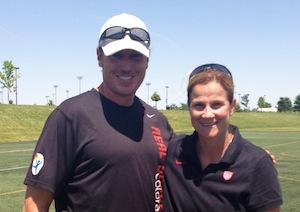 SA: What do you think about Jill Ellis as a coach?

CHRIS MARTINEZ: I’ll tell you what -- I met her when she came in and worked with players at Real Colorado. I was super impressed. I liked her demeanor, I liked her approach, and I think she was thrown into a situation with a lot of pressure with not much time to prepare. To see how things transpired from game one of the Women’s World Cup to the championship, she had some tough decisions that worked out for her.

SA: What would be your advice to pro players who want to transition to coaching?

CHRIS MARTINEZ: I think being a former professional player gives you a wealth of knowledge. There are certain nuances of the game from being in the trenches that are invaluable. Basically, you have a platform that you can use to share your experiences with these young players, whether it be about nutrition, rest, or breaking down opponents. Hopefully that will empower them to be the best they can be on and off the field.