Klopas is first MLS coach to be fired this season

Hours after Saturday's 2-1 loss to Toronto FC -- its third straight defeat -- the Montreal Impact announced that head coach Frank Klopas had been replaced by assistant coach Mauro Biello, who will serve as interim coach. Klopas is the first head coach to lose his job since the start of the 2015 MLS season. 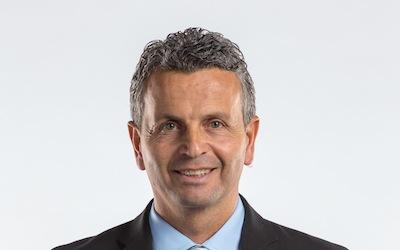 The loss dropped Montreal's record to 8-11-4 and left it in seventh place in the Eastern Conference, one point behind Orlando City, which tied Chicago, 1-1, in a match delayed by weather. Just two points separate the five bottom teams in the Eastern Conference, though the Impact has three games in hand on Chicago and four games in hand on Orlando City, New York City FC and Philadelphia.

In Klopas' first season in charge, Montreal went 6-18-10, but he was the first coach to keep his job since the Impact began play in MLS in 2012. He led Montreal to the final of the 2015 Concacaf Champions League.

"In order to change the momentum of the recent run of poor results, the club decided to make this move," said Montreal technical director Adam Braz on Sunday afternoon. "Was Frank disappointed? Of course. But he fully understands that in his capacity as head coach, he's judged strictly on results. He understood that the recent trend of results didn't go in our favor."

Besides the slide in MLS, thr Impact lost in the final of the Amway Canadian Championship to Vancouver, dropping the second leg, 2-0, after tying 2-2 at Stade de Saputo.

"Professional sports is all about results," said Richard Legendre, Montreal's vice president of soccer operations. "The recent results, especially those in the second third of the season, forced us to make this decision."

Biello, 43, is in his sixth year with the Montreal Impact coaching staff, including four as an assistant coach in MLS. He played 16 years for the Impact.
mls, montreal impact
2 comments about "Klopas is first MLS coach to be fired this season".
Read more comments >
Next story loading