Non-MLS American youth clubs are pushing hard to have access to training compensation and solidarity payments, which are paid according to FIFA regulations in other nations to amateur youth clubs and academies associated with professional clubs when their players make it to the pros, and deliver even larger sums if those players switch clubs on transfer fees.

U.S. Soccer has prevented the implementation of the solidarity and training compensation payments. As reported by SI.com’s Liviu Bird, who has been covering the issue in detail, Crossfire Premier, Dallas Texans SC and Sockers FC Chicago officially filed complaints with the FIFA Dispute Resolution Chamber, claiming a combined $480,500 on transfers involving DeAndre Yedlin, Clint Dempsey and Michael Bradley.

But before the recent action, including U.S. Soccer answering to a U.S. Senate consumer protection subcommittee hearing, there was the case of Rubio Rubin.

Rubin came out of Westside Metros, a diverse Oregon youth club that has created access to mainstream youth soccer for many low-income players such as Rubin, who played free of cost for Westside.

When Rubin, who has since played for the U.S. national team and starred at the U-20 World Cup, joined Dutch club Eredivisie club Utrecht at age 18 in 2014, Westside pursued training compensation as stipulated by FIFA Regulations on the Status and Transfer of Players.

Houston lawyer Cory Roth, a former player for Westside director Cony Konstin when was he coach of the Houstonians, offered pro bono services to help determine whether Westside was actually entitled to training compensation, and navigate getting the money. Westside Metros (now Westside Timbers) has put the pursuit on pause, in Roth’s opinion, in part because U.S. Soccer made it seem impossible and illegal.

We spoke with Roth, a criminal trail lawyer who also played college ball at the University of Texas, Dallas and PDL club Palm Beach Pumas, about the key points and latest developments in the youth clubs' pursuit of compensation.

SA: What was your reaction to U.S. Soccer’s answers to Senator Maria Cantwell’s questions regarding its non-adherence to FIFA Regulations on the Status and Transfer of Players (RSTP)?

CORY ROTH: It’s nonsense. They’ve gone from child labor laws -- hello, Freddy Adu – to NCAA eligibility, to ruining non-profit status, to the Fraser consent decree, which I believe is not applicable, to now raising anti-trust concerns to defend their position. I think they’re just scraping on the bottom of the barrel now.

SA: This issue is not new, but it has heated up as non-MLS youth clubs see players leave their clubs for MLS academies -- and the MLS clubs make money on the transfer (e.g. Yedlin) although the player spent more time with the non-MLS club than with the MLS academy. Is it accurate to say that a portion of the fees the MLS clubs pocketed from the buying clubs had actually been intended by the buying clubs to go to the player’s non-MLS youth club?

Not all clubs operate on the same moral ground or with the same knowledge of FIFA regulations, but when you have the Tottenham Hotspurs of the world, writing checks to youth soccer clubs, I think that speaks volumes about what the buying clubs intend to do. Contractually the idea of express and implied agreements come to mind. Every club in MLS is a FIFA club. All top division clubs in Europe are FIFA clubs. When the clubs join FIFA, they expressly and impliedly agree to follow FIFA’s rules. 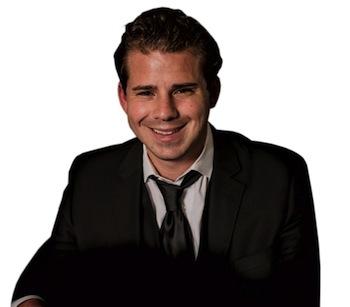 SA: If American soccer adhered to FIFA’s RSTP, would that mean that every time MLS, NASL or NWSL signed an American player, these leagues would have to make payments to the player’s youth clubs?

CORY ROTH: Yes, but NASL, if it remains division 2, wouldn’t be paying as much as MLS. There are some ideas on creating a training and solidarity compensation system comparable to FIFA’s but unique to the United States.

SA: Would it be a fair compromise that youth clubs are only compensated when their former players move on a transfer fee to a foreign club? (Transfer fees aren’t used within the USA.) Because when an MLS club signs a player, it’s taking a chance on a player who may never pan out. That could have the consequence of MLS being less likely to bet on the potential of young American player.

CORY ROTH: That’s certainly a risk, but that should incentivize youth academies, and especially MLS academies to heavily invest in their setup. It might also help get politics out of the game so that average Joes aren’t going to MLS in place of real players, like back in my day. To answer your question, that could be a fair compromise, but it’s not the only fair compromise.

SA: Why should youth clubs that charge parents -- quite a lot of money in many cases -- to coach their children be entitled to compensation? And when the clubs claim that the players in question were “scholarshipped” -- doesn’t that just mean the parents of the clubs’ other players were footing the bill? Can’t one argue that the parents of the other kids are the ones who should be compensated?

CORY ROTH: Pay-for-play youth soccer clubs should be compensated because of the tangibles and intangibles. You have pride, community, sacrifice, coaches and trainers who might not be fairly compensated. You have fields that are dangerous. You have clubs with no futsal courts. You have families scraping money together to send their kids to soccer so that they stay out of trouble, learn valuable life lessons, and possibly secure college and a career.

If “pay-for-play youth soccer club X” gets paid however-many thousands of dollars in training compensation or solidarity, maybe that means 20 more scholarships a year, or a futsal court can be constructed, or lowered fees for everyone, or a new field named in the player’s honor.

These youth clubs are non-profits, they aren’t in it to get rich. To answer your last question, no. That is a nice law school contracts final exam question, but there is no reasonable argument to support the claim that the parents of the other kids should be compensated. What it all boils down to is this: It’s for the kids.

SA: Could you imagine a day when the NFL and Major League Baseball start compensating Pop Warner or Little League Baseball, for example, for each player who rises to those pro leagues?

CORY ROTH: They certainly have the money for it. Shoot, imagine how many kids would have a safe place to be after school, on the weekends, and during summers, instead of getting into drugs and gangs and all sorts of trouble, if NFL and MLB had some sort of compensation system that enriched the communities that give them all their talent.

CORY ROTH: This is about the kids and it’s about respect. The more money that trickles down to these kids, the better our nation will be not just in terms of soccer, but in all terms because they are the future of sport, education, government, business, and the arts. And it’s about respect. Americans need to be respected on the field and off the field, and I have no doubt that training compensation and solidarity contributions will help the U.S. garner that respect, and help us to produce world-class talent several times a generation instead of once in a lifetime (See, Landon Donovan). Lastly, U.S. Soccer needs to look out for all of its constituents, not just MLS.