Kevin Hartman: 'Player growth has to be timed properly'

Kevin Hartman holds the MLS record for most games played at 416. The 41-year-old goalkeeeper, whose playing career spanned from 1997 to 2013 and included two MLS Cup and two U.S. Open Cup titles, is the Technical Director of the IMG Academy, a residency program in Bradenton, Fla. IMG fields teams in the boys U.S. Soccer Development Academy as well as 10 other boys and girls teams.

SOCCER AMERICA: How did you get into coaching youth soccer?

KEVIN HARTMAN: As I was growing up playing, I was fortunate to have been a 16-year-old counselor in training at a goalkeeping camp. I loved sharing my newly acquired techniques with other players and began to relish my time working each summer. In my senior year at UCLA, I was directing the camps and working hand in hand with coaches whom I thought the world of. As our tournament hopes were dashed that year, I found my way into Major League Soccer and was blessed with opportunities to coach in the Academy Programs of the Kansas City Wizards, FC Dallas and the New York Red Bulls. What a great experience that was!

Another advantage of being in the pro game at this point were additional doors that opened as U.S. Soccer began offering coaching courses aimed at current and former professionals. This allowed me to obtain my A License in 2009. As someone who grew up in a family dedicated to education, it has been a fairly easy transition. 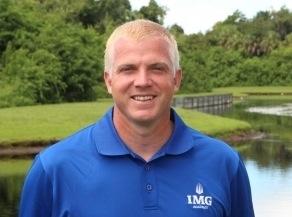 SA: What should former professionals keep in mind when they start coaching?

KEVIN HARTMAN: I think it is crucial that players, whether they are still playing or recently retired, quickly come to the realization that just because they were successful as a player doesn’t guarantee success as a coach. There is a reason that coaches are referred to as managers. They manage technical growth, team chemistry, players’ personalities and more. It is extremely complex. An arrogant player is going to struggle to engage followers in the locker room as his career unwinds. He will need to make the transition to being able to lead and attract followers.

Going through the transition is remarkably difficult. For an athlete who has been totally committed to one, personal objective for so long to quickly become tuned into the needs of an entire group is pretty daunting. My belief is that, as with everything in life, you must remain humble.

While I know I might have different insights into the game than someone who has never played at a high level, I am also very cognizant that coaches who have not played at the top level have found ways to adapt and may have strengths in other areas.

I once sat spellbound watching a clinician find a way to totally engage a group of 9-year-olds that he had met only seconds before. The session was entertaining and extremely educational; however, the thing that interested me most was how easily the young players’ confidence grew.

SA: What are the biggest challenges for you in your role as Technical Director?

KEVIN HARTMAN: At IMG we are involved in the students’ lives 24 hours a day. That’s good because we can create a positive daily work environment that is focused on developing well-balanced and well-prepared athletes. The challenge for me as Technical Director is to maintain effective communication between and among the various entities at the school that impact the students’ lives: campus life, athletic and personal development, interrelated needs and roles of students, their faculty and parents.

Further, I must work with the individual coaches to make sure each student-athlete has an A+ experience. Fortunately, IMG provides the instructional and co-curricular resources coupled with supportive teachers and coaches to promote the growth and development of student-athletes.

SA: What kind of attributes do you look for in IMG coaches at the various age levels?

KEVIN HARTMAN: Our goal as mentors is to create an engaging environment of passion for the game, mutual respect for each other, and a motivation to become more. I am proud to work alongside coaches who can understand various age groups' psychological and physiological needs while knowing when it is time to shift from developmental fundamentals to conditioning and more tactical training. IMG Academy is committed to recruiting and retaining coaches who understand the game and have had prior successes in the development of young players and youth soccer programs. 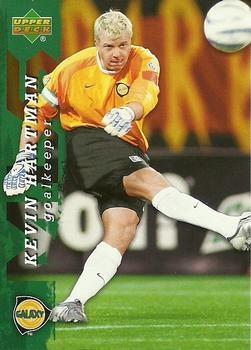 SA: Do you have any examples of methods your coaches used that you have adopted?

KEVIN HARTMAN: Sigi Schmid, my coach at UCLA and the Los Angeles Galaxy, and now current coach of the Seattle Sounders, taught me it was important for players to discover answers for themselves … to be independent thinkers.

By using questions, he was able to coax that “eureka moment” out of his players. Those “eureka moments” stuck with me longer than simply being told by the coach.

KEVIN HARTMAN: I recall having an important game coming up, when my coach decided he was going to share an insight with me. His lesson was about the power of the human mind. To illustrate, as we walked towards the field, he grabbed the player behind us and asked him if he was feeling OK.

Believe it or not, within seconds, he convinced the player that he was ill and that he needed a day off. Unfortunately, the player the coach addressed was our most prolific scorer. The timing of the coach’s intervention contributed to a less than ideal preparation and performance by the team. I learned a valuable lesson not only about the power of the human mind, but also the importance of timing in addressing a player’s development.

KEVIN HARTMAN: My belief is that one of the biggest mistakes made is over-coaching. Too often coaches skip through the fundamental and critical technical aspects and jump to the tactics of the game. Player growth has to be timed properly. One of the strengths of our program is the primary emphasis on fundamentals and then a properly timed and executed focus on tactics. This minimizes the confusion in a player’s mind by allowing for directed focus on specific areas of player development and game tactics.

SA: What’s your advice for coaches at the youngest ages?

KEVIN HARTMAN: Most of my memories as a child were the fun times that I had playing the game with friends. While I will never dispute the importance of coaching at a young age, it is critical that the kids have fun. If a coach is able to ignite passion for the game within the players, the coach will drastically increase the chances of success. It is amazing what obstacles players are willing to overcome if they believe there is enjoyment ahead. This was a key element in my early and continuing love for the game.

SA: Do you think kids are much different now than when you were in youth soccer and should coaches be aware that they might need to coach differently than how they were coached at the youth level?

KEVIN HARTMAN: Today, youth players have so many more opportunities than I did. Growing up in rural Virginia, I had limited chances to learn about the game, but luckily there were a few coaches (interestingly, mostly women) who coached youth soccer and wanted their sons and daughters to play the game. I had to seek out regional colleges and universities with soccer camps at an early age -- one of those was a goalkeeper-specific camp, which I fell in love with.

When my family relocated to Southern California in high school, my access to soccer resources increased dramatically, and I was able to grow and learn from coaches I sought out at that time. Fast forward to today -- there are abundant resources for children to develop, especially at a place like IMG Academy.

Coaches and parents can create an environment and offer the young players the tools necessary, but the motivation and effort have to come from within. If he or she doesn’t have the desire, interest will wane. Coaches and parents must also be very cognizant of how they communicate with the players and parents. They need to work on finding that teachable moment and intervene with a positive and constructive tone.

Being abusive in the moment is no longer acceptable. When I hear loud, aggressive coaches who are perceived as being abusive, I think they have missed the point in terms of the need to be a teacher and supporter of the players. I would much rather have my child coached by someone who cares about the players and the development of the skills they need to succeed.