For the U.S. U-17 national team's last gathering before the U-17 World Cup in Chile in October, U.S. coach Richie Williams has named a 24-player roster for a Mexico City training camp that includes games against fellow qualifier Mexico on Sept. 23 and Sept. 25.

The USA faces Nigeria, Croatia and host Chile at the U-17 World Cup that kicks off Oct. 17. Mexico, which won the U-17 Concacaf Championship at which the USA finished third, is grouped with Argentina, Germany and Australia.

Roster size for the U-17 World Cup is 21, one more than for the qualifying tournament. The age cutoff date is on or after Jan. 1, 1998. Williams' roster for the Concacaf Championship comprised of 19 players born in 1998 and one '99 -- Tyler Adams. The squad in Mexico includes one 1999-born player, Northern California product Jonathan Gonzalez, who plays in the youth program of Mexican club Monterrey. In August, Gonzalez started on the U.S. U-18 national team that finished fifth at the Nordic Cup.

The three players who were part of the USA's Concacaf Championship team but are not with the squad in Mexico is the trio who stayed with their European clubs: Danny Barbir, Christian Pulisic and Luca de la Torre. 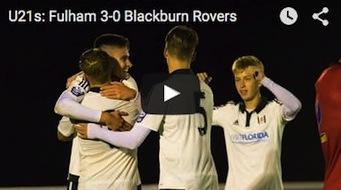 Pulisic scored the final goal for Borussia Dortmund's U-19s in a 5-0 win over Preussen Muenster on Sunday. Barbir was on the West Brom Albion bench for its 1-1 tie with Derby in U-21 English Premier League on Monday.

A San Jose Mercury News editorial points out that since the San Francisco 49ers' move into Santa Clara's $1.2 billion Levi's Stadium, the franchise's value has soared 69 percent to $2.7 billion, according to Forbes. "Yet CEO Jed York still won't live up to the commitment he made -- before the public vote on Levi's Stadium -- to replace the Santa Clara Youth Soccer League's tournament-class fields that the stadium is crowding out. … [We] were persuaded before the vote that the Niners would be an excellent corporate citizen. We never dreamed it would steamroll youth soccer." "49ers value soars as youth soccer suffers"

David Beckham told ABC News that one of his sons -- he didn't specify whether it was Brooklyn (age 16), Romeo (13) or Cruz (10) -- is considering quitting soccer. “One of my boys turned around to me the other day, he said, ‘Daddy, you know, I’m not sure I want to play football all the time.' It broke my heart a little bit. He said, ‘Every time that I step onto the field, I know people are saying, you know, This is David Beckham’s son, and if I’m not as good as you, then it’s not good enough.’ I said, ‘OK, stop right there … You play because you want to play.'"

Mary Kaliff, the general manager of the San Diego-area Nomads, writes in her blog about the difficulty of determining which players deserve financial aid. "When scholarship funds are limited, how do you decide who to help and what priorities do you use? Is it talent-based or financial-based? Talent obviously is something that cannot be faked, a player either has it or doesn’t have it. But why give a talent-based scholarship to a player who has the funds to pay to play? Shouldn’t those dollars be reserved for players who don’t have the means? … The level of deception some families will go to in order to convince coaches they should get a scholarship is unbelievable. One parent joked that they had an old beat-up car that they used just for driving to practice in, leaving their BMW at home. Other tactics include filing separate tax returns so that when asked for proof of income, they just turn in one of the parents' tax documents. "The Funding of Youth Soccer."