Remembering Dettmar Cramer reminds us: It's all about the ball

The legendary German coach Dettmar Cramer once joked he felt sorry for the ball when he watched soccer by players with poor technique.

I didn’t know he said that when, as an 8-year-old, I met Cramer. The meeting came in Dallas, where my father was getting his U.S. Soccer Federation “C” license from Cramer in 1972.

But I do remember how my dad -- who had before he got his license from Cramer read three of his books -- coached. We did everything with the ball. Even the stuff now called SAQ – speed, agility, quickness training. I think Cramer may have called it gymnastics. And he came up with ways to include the ball.

Cramer died last week at age 90. The scores of obituaries in the German media listed plenty of his accomplishments and noted his impact on the rise of German soccer as a federation (DFB) coach, first working regionally to identify and develop young talent. Cramer was Helmut Schoen’s assistant coach at the 1966 World Cup. He famously lobbied the DFB officials not to kick an 18-year-old Franz Beckenbauer out of the national team program because he had sired a child out of wedlock. Cramer coached several pro clubs, including Bayern Munich, which he guided to back-to-back European Cups in the 1970s. Under the auspices of FIFA he traveled to 90 nations to give coaching courses. In Japan, which recruited him to create a soccer infrastructure and which he helped win the 1968 Olympic bronze medal, Cramer is considered “The Father of Japanese Soccer.”

A few of the German obits mentioned his short stint as U.S. national team coach, which comprised of two games against Mexico in 1974 before returning to Germany to coach Bayern. Not mentioned was that Cramer had a profound impact on U.S. Soccer. In the early 1970s, Cramer set up the U.S. Soccer Federation’s national coaching school, helping create its curriculum and traveling the nation teaching coaching courses.

The first course was held at the Moses Brown School in Rhode Island in 1970. Among those getting their licenses at that session were Joe Morrone (who died last week) and future U.S. national team coaches Eugene Chzyowych, Gordon Bradley, Al Miller, Manfred Schellscheidt and Alkis Panagoulias. 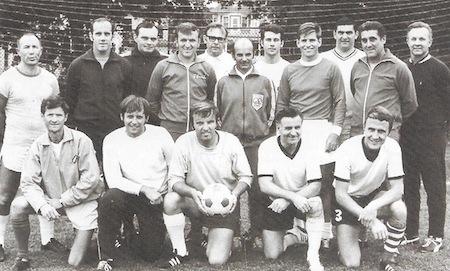 Schellscheidt went into the record as the USA’s A-1 coach (the first USSF A license coach) and also went on to coach or assist with the U.S. U-17s, U-20s -- he headed the U.S. U-14 national team program for nearly a decade -- as well as NASL, ASL and McGuire Cup championship teams.

“Dettmar was a great man who had an enormous influence on soccer and on people in general,” says Schellscheidt, who has in turn been credited by the likes of Bruce Arena and Bob Bradley for having a major influence on their coaching. “Cramer coming here was a milestone of great importance because he started the coaching schools that are in the end still a good thing. The coaching school is not just to coach but to have a better understanding of the game.”

The first encounter Schellscheidt, a German native, had with Cramer came when Schellscheidt was a teenager called into a German regional youth national team pool. When they met again 14 years later ...

“[USSF President] Gene Edwards and [general secretary] Kurt Lamm asked me to join them to meet Cramer at a restaurant,” Schellscheidt says. “Before I was introduced, Dettmar looks at me and says, ‘Was machst du denn hier?’ [What are you doing here?] It was unbelievable. I was one out of hundreds of kids he coached. He had a photographic memory.”

“I was told the Federation was bringing in a German guy,” says Miller, who would become the only U.S.-born coach to win a title in the old NASL. “I thought, oh hell, not again. We were always getting guys from Brooklyn -- Germans, Swedes, Brazilians or whatever, who were supposed to have all these great soccer credentials and 90 percent of the time these guys were total screw-ups.

“I knew zero about who this Cramer guy was.”

Cramer explained he was just there to observe and politely asked Miller to see his training plan for the teens brought into a junior Olympic development camp.

“Cramer looks at it,” says Miller. 'He says, ‘This is really impressive. Who developed this?’ I told him I did. That I was a physical education teacher and grew up playing soccer in Philadelphia’s German community, and I played soccer in New York.”

On the second day of camp Cramer asked Miller if he could help. Miller let Cramer to do a session on ball control.

“It was like an angel came down,” Miller says. “Cramer gets up in front of the kids and starts juggling like a wizard. The kids were mesmerized, and so was I. And he’s talking to them the whole time! Sending a message: ‘Ball control is all about being friendly with the ball, feeling the ball, understanding the ball, how the ball works, and being a master of the ball.’

“And then he gives one of the most amazing sessions I’ve ever seen.”

Miller still didn’t know exactly who Cramer was until Cramer asked him if he wanted to use a film he brought for a classroom session:

“I said sure. We didn’t have very good film. It wasn’t like now when there’s all sorts of video. So we start watching and it’s the 1966 World Cup final. And I see Cramer training the German players. I thought, ‘Oh my God!’ This is the guy who liked my training plan!" 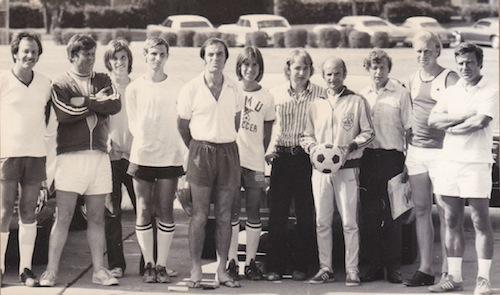 Miller says the curriculum that Cramer brought not only changed American coaching, it also created a “tremendous camaraderie between the college and high school and [adult] club and the youth coaches.”

“I thought that Dettmar’s original schools crushed that and brought everybody together. That was one of the best things that came out of it, other than learning good fundamentals for coaching and getting educational coaching background.

Miller remembers Cramer’s approach to fitness being greeted as “revolutionary.”

“He believed in fitness but the fitness was with the ball,” Miller says. “He called it specific fitness -- getting fit for the game that you played by playing the game and using the ball to do the running and exercising and so forth.

“He thought training without the ball was wasting time. Everybody bought into it, because we didn’t have that much time with our players and he was teaching us how we could get more out of them.”

Schellscheidt says, “Of course, let’s take into account that the game evolves. But what Dettmar put on paper is as good today as it was in those days.”

youth, youth boys, youth girls
10 comments about "Remembering Dettmar Cramer reminds us: It's all about the ball ".
Read more comments >
Next story loading