The 21-player roster U.S. coach Richie Williams named for the 2015 U-17 World Cup in Chile Oct. 17-Nov. 8 includes 19 of the players who comprised the USA's 20-player roster at the U-17 Concacaf Championship where the USA finished third to earn one of the region’s four spots at the World Cup.

The added players are goalkeeper Eric Lopez, who joined U.S. U-17 residency in 2014, and Philadelphia Union defender Auston Trusty, who was called up last May and replaces South Texan McKinze Gaines, a forward who came off the bench in three qualifying games.

The USA has appeared in 14 of the 15 biennial U-17 World Cups, failing to qualify only in 2013. It has not won a knockout stage game since finishing fourth in 1999 with the team that included Landon Donovan, DaMarcus Beasley and Kyle Beckerman. In Chile, the USA faces Nigeria (Oct. 17), Croatia (Oct. 20) and Chile (Oct. 23) in group play.

GOALKEEPERS
Eric Lopez (LA Galaxy II; Westminster, Calif.).
Reserve keeper joined U.S. U-17 residency in January 2014. Last November he became the youngest player ever to sign a contract in USL PRO when inked for LA Galaxy II at age 15. He's one of two 99s in the squad. 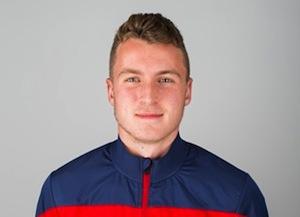 Kevin Silva (PDA; Bethlehem, Pa.)
Won the Golden Glove at the 2013 Nike Friendlies and shared starts with William Pulisic until 2015.

John Nelson (Internationals; Medina, Ohio)
Outside back out of Ohio played for Internationals since age 6. Joined U-17 residency in 2014. Played in five of six qualifiers. 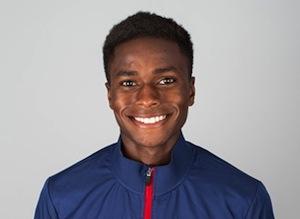 Auston Trusty (Philadelphia Union Academy; Media, Pa.)
Only player who debuted for U-17s after qualifying. Played with the Philadelphia Union’s U-17/18 and U-15/16 Development Academy teams during the 2014-15 seasons. Committed to University of North Carolina.

MIDFIELDERS
Eric Calvillo (Real So Cal; Palmdale, Calif.)
Captained one game during qualifiers. Played Development Academy ball at Real So Cal before joining U-17 residency in 2013. 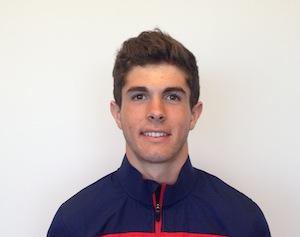 After joining Borussia Dortmund from PA Classics via U-17 residency, the Pennsylvanian playmaker helped Dortmund win the 2015 German U-17 national championship. Now plays for Dortmund’s U-19s and appeared in a friendly game with the first team in September. Both of his parents played collegiate ball at George Mason. Made four assists in qualifiers.

Alejandro Zendejas (FC Dallas; El Paso, Texas)
Signed a pro contract in late 2014 with FC Dallas after emerging from its El Paso affiliate. Has made eight MLS appearances (two starts). Wore the captain’s band in the Concacaf Championship final, in which USA clinched its World Cup berth with a shootout win after a scoreless tie. 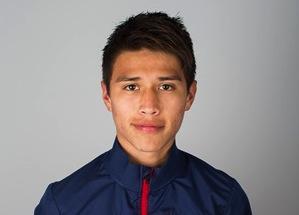 Scored four goals, including a hat trick against Cuba, in qualifying play. The Southern Californian joined Monterrey after being discovered by the Mexican club playing for the Nomads at the 2011 Dallas Cup.

Josh Perez (unattached; La Habra, Calif.)
Scored a hat trick in 4-1 win in qualifier against Guatemala. The nephew of U.S. Soccer Hall of Famer Hugo Perez, he played for Chivas USA and trained at PSV Eindhoven and AC Milan before an extended stint with Fiorentina that started in April 2013 and ended with his entry into Bradenton last January.