Sporting Kansas City has become the latest MLS club to add launch a second team in the USL with the announcement on Thursday of the launch of the Swope Park Rangers, who will play at Swope Soccer Village. 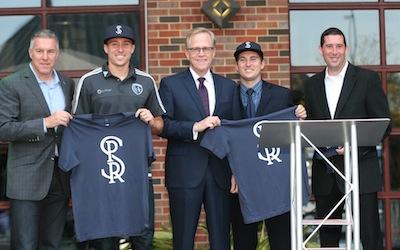 "This is a great opportunity to fill in an important piece between the Sporting KC Academy and our senior team as part of the long-term vision for our organization," said Peter Vermes, Sporting Kansas City's head coach and technical director. "We were fortunate to have a mutually beneficial affiliation with OKC Energy FC the past two years. Moving forward, the USL will offer a great level of play and we're looking forward to building the Swope Park Rangers roster."

The Swope Park Rangers originated with Sporting Kansas City's reserve team in 2008 and are the first in American professional team sports to feature a municipal park.