Abby Wambach, who holds the world record with 184 goals, has announced she is retiring from soccer at the age of 35. She will play the final four games of the U.S. women's national team Victory Tour, finishing up on Dec. 16 against China in New Orleans. 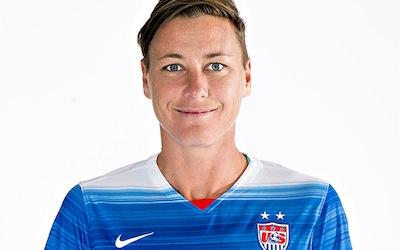 Wambach has 252 caps -- fifth all-time in U.S. history -- in a 15-year international career that began in September 2001 at the age of 21 when she debuted against Germany.

"After much deliberation and talking with my friends, family, teammates and our coaching staff, I've decided to finally bring my soccer career to an end," said Wambach. "While we still have more work to do for women's soccer, after bringing the World Cup back to the United States this summer, I'm feeling extremely optimistic about the future of our sport. It's been an amazing, wonderful ride and I can't wait to see what the next chapter of my life brings."

Wambach helped the USA win the 2015 Women's World Cup even though her role was reduced. She scored the winning goal in the 1-0 victory against Nigeria in the final game of group play but did not start after the opening game of the knockout stage against Colombia. She came on as a late sub in the wins over China, Germany and Japan to win her first world title.

"Abby is a player who has transcended our sport and her legacy as one of the world's greatest players is set forever," said U.S. head coach Jill Ellis. "What she has done for women's soccer and women's sports overall with her amazing talents on the field and her personality off it has been inspiring to watch. I am just extremely happy that she could end her career with that elusive World Cup title and go out on top, right where she deserves to be."

Wambach played for the USA at four Women's World Cups. She won Olympic medals in 2004 and 2012. She broke her leg before the 2008 Olympics in Beiing and missed the tournament.

@AbbyWambach Thank you for carrying the game on your shoulders and leading us with such character, courage, and grit. Congrats. G.O.A.T.