Andres Cantor on Hispanic support for the USA, MLS, women's game and his toughest assignment


Andres Cantor has inked a multi-year contract extension with Telemundo, which sets him up to do play-by-play for the next two World Cups.

For TV and radio, Cantor’s has already covered seven World Cups, after his first as a print journalist. A career he couldn’t have imagined when as a teen he described moving to the USA from Argentina as a “hard blow’ -- because it meant leaving the land of his beloved Boca Juniors and Albiceleste for a country he figured had no soccer.

Cantor’s mood lifted when he learned that in his new Southern California neighborhood lived none other than Johan Cruyff, the Dutch great who joined the NASL’s Los Angeles Aztecs in 1979.

Cantor hung around Cruyff’s house until he’d walk his dobermans, then followed him around peppering him with soccer questions. Cantor’s parents, a doctor and a psychologist, had encouraged Andres to become a doctor, but he yearned to be a soccer journalist. While still in his teens, he wrote for an Argentine magazine, at age 22 he did Argentine radio reports from the Los Angeles-hosted 1984 Olympics, and in 1987 he nailed an audition to become a play-by-play man for the Spanish International Network, which would become Univision.

By 1990, Cantor’s “Gooool” call was well known even to English-speaking fans who preferred Univision’s 1990 World Cup coverage because it didn’t have commercial interruptions. Moreover, one doesn’t need to be fluent in Spanish to enjoy a game called by Cantor, because he does such an efficient job of doing what one wants most out of play-by-play -- telling the audience who has the ball.

“After all, that is why they refer to what I do as play-by-play,” he says. “Play-by-play means, who has the ball.” 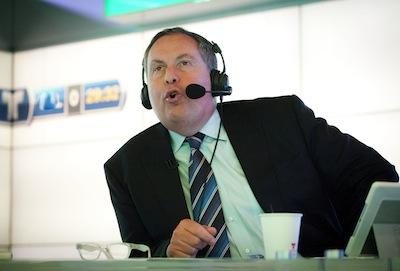 When the USA hosted the World Cup in 1994, Cantor called all 52 games for Univision and became a celebrity, appearing on the "Late Show with David Letterman."

In 1996, Soccer America rated Cantor in the Top 10 of American Soccer’s 25 Most Influential People, writing, “No person has had more impact on delivering the Hispanic market to MLS than Cantor, easily the most famous soccer commentator in the U.S. No wonder it had the Argentine native kick out the first ball at its inaugural match!”

He has won three Emmy Awards, featured in commercials for Volkswagen (doing play-by-play on his son’s driving) and GEICO (calling a chess game, soccer-style), and appeared in an episode of “The Simpsons.” 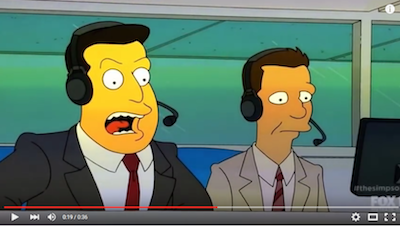 Cantor has also helped popularize the U.S. national team in the Latino community. Before the 1994 World Cup, he coined the term La Seleccion de Todos (“Everyone’s national team”) believing that the immigrant community should support the World Cup host.

“I’m not going to lie. I pull for Argentina. But when the USA plays against anyone else in the world, my heart will be with the U.S. because I consider it as much as my home country as I do Argentina. Hispanics I believe understand that. I think there is a great deal of support for the national team from the Hispanic community.”

Cantor, however, has been less impressed with the U.S. national team of late.

“I’m not sure Jurgen [Klinsmann] has done a lot to embrace the Hispanic community by finding every available German under the rocks instead of perhaps overseeing more homegrown players, and I don’t mean necessarily Hispanics,” says Cantor. “He can tell me, I have [Michael] Orozco, I have [Miguel] Ibarra, etc. Fine.

“But I don’t know what type of identity the U.S national team has anymore. I think that perhaps, regardless of ethnicity, this has pushed back the more savvy Hispanic soccer fan away from the USA.” 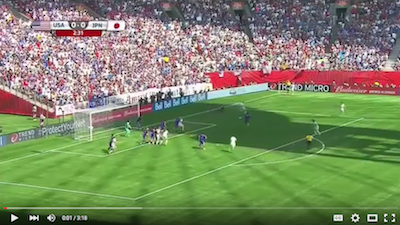 On the Hispanic community’s interest in the women’s game, Cantor said:

“It’s been accepted because I believe the World Cup and the Olympics did a great thing positioning the women’s game. I believe there’s a greater awareness within the Hispanic community that women’s soccer is a reality. To tell you the truth, there are some good games, just like in men’s soccer, and there are some bad games. I think the disparity between the top teams and the others teams is much greater than in women’s than in men’s soccer.

“But at the end of the day, when it filters into the final four or eight teams, the Women’s World Cup is very good and makes you want to watch.”

As for MLS, Cantor says that while in its early years it did bring over major Hispanic stars like Carlos Valderrama, Mauricio Cienfuegos and Jorge Campos, “it didn’t incorporate as many Latinos as they should have because maybe they didn’t want the perception that it’s a minority sport.”

MLS’s big challenge, Cantor says, is appealing to soccer fans in areas without a club, because they have so many other leagues to watch on TV.

“If you live in a Miami like I do,” he says. “You get up early in the morning to watch the best EPL game. Bayern Munich has been fun to watch so you tune in. Then you switch over to Messi or Cristiano Ronaldo whenever they play. Around 4 or 5 o’clock I have to watch Boca Juniors, my team. Then at 7:30 or 8:30, are you going to spend another two hours watching an MLS team you don’t have allegiance to?

“I love the atmosphere of the Seattle-Portland series. I love watching the Galaxy. But where MLS suffers is in capturing the national attention from those who have so many offerings on any given weekend.”

One thing that hasn’t changed about Cantor since he embarked on his career is that he remains an avid fan, which only sometimes makes the job more difficult.

“At two World Cups, I had Argentina-Mexico,” he said. “I want Argentina to win every single World Cup. But I know that 70 percent of my audience are Mexican fans, and I’m calling the game with great friends who are former great Mexican players.

“I really had to keep my cool, be extremely precise with every single word that came out of my mouth. It was very challenging and after the game I felt like I needed to sleep three days in a row.”