'Fun, friends and health' is what youth soccer should be about (Q&A Shannon Higgins-Cirovski)

After starting for the USA when it won the inaugural Women’s World Cup on 1991, Shannon Higgins-Cirovski moved straight into college coaching. In May, after several years of coaching youth ball including at U.S. Soccer's Maryland Training Centers, Higgins-Cirovski, was named the girls Director of Coaching at Maryland youth club Bethesda SC.

SOCCER AMERICA: Let’s start with how you fell in love with the game.

SHANNON HIGGINS-CIROVSKI: I fell in love with the game as a 6-year-old. I’ll never forget how I just stood out in the middle of the field for the first season. But before my last game, my brother taught me to dribble and I went out and had a great time, scored all these goals, and at that point, it was history.

SA: Did you have any coaching role models at the time that you first started coaching [early 1990s]?

SHC: I played for Anson Dorrance [North Carolina and the USA] and he was a phenomenal coach. Probably my other biggest influence was Berhane Andeberhan, who was in the regional programs and assistant coach of national team as well.

SA: Any new ones?

SHC: I respect all my colleagues but I guess the one I talk to most significantly is my husband.

SA: How has he [longtime University of Maryland men’s coach Sasho Cirovski] influenced your philosophy on coaching?

SHC: We have a lot of the same values, in terms of how we want to impact the young people we coach, even though we oversee different levels. Just helping them to realize they just have to be their best selves. 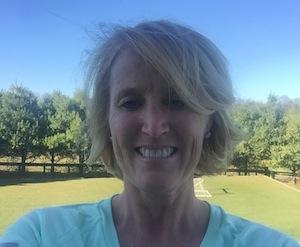 SA: What are your duties in your new role as director of coaching?

SHC: I think my role as director of coaching is to give my coaches as many resources as I can so they can encourage their kids to be as good as they can be. Whether that be coaching education, information from governing boards, field space, or even being an ear to bounce an idea off of.

SA: What is your biggest challenge in your new position?

SHC: Overall, influencing the culture. Keeping our message consistent, that we care about these kids and we want to help them be the best they can be. We want to create the best product but that comes with every individual enjoying themselves. 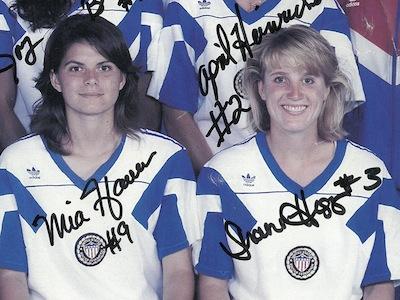 SA: You were also interested in the psychological side of the game. Can you speak to that interest?

SHC: Soccer can influence us in so many ways and that the lessons that we learn through athletics help us throughout our lives. More importantly, I am interested in how we translate those lessons and make ourselves the best player and person going forward.

SA: If you had a magic wand, how would you change American youth soccer?

SHC: I look up college scores sometimes, and I look at the rankings. Then, I saw this listing of all these kids. It happened to be the top U-14 players in the country. And I think, “Well this is why everyone is getting so psycho”!

SA: On that note, what’s your advice for parents who push too hard?

SA: Would you tell your coaches to communicate that?

SHC: That’s a tough message to deliver when the parents are caught up. It’s a message that needs to be communicated, as a coach, in the way that you behave relative to every moment. It needs to be the general message of the club.

SA: Going back to your playing days, you left the national team when you were 23. How did you make the decision to leave?

SHC: I had just graduated from college, I was living on the East Coast while I was an assistant coach at George Washington and it was a tough lifestyle. You didn’t make money from playing on the national team so I wasn’t making enough to make ends meet. I had a coach’s mind so I went in that direction because I knew that I couldn’t keep both balls in the air, so to speak.

SA: How did you feel about receiving such low wages?

SHC: Certainly we wanted to make more money but it was one of those things; it was going to be a gradual process. It wasn’t until after the 1999 World Cup that players started earning a living and that was eight years later. So it was a process.

SA: Have you received criticism for your decisions as a female athlete? Regarding stepping away from the national team, starting a family, etc.

SHC: Even if people wanted to criticize me, I wouldn’t take it as such. In ‘91, when we won the World Cup, I knew I was going to step away and focus on my coaching.

It wasn’t until after that I met my husband and started a family. There’s people like Joy Fawcett who were able to have children and continue. I was a really good soccer player and, I’d say, an above-average athlete. Most of the women who are able to compete after having kids were and are some of the best athletes; they were the fastest and most athletic players. So they could lose a half-step and still compete. If I were going to have children and still compete, that half-step would have made a difference.

SHC: It was an amazing feeling, watching. And so much easier to watch because the final was settled early! Somewhat disappointing in that way, but I saved myself some gray hairs!