NASL: Dalglish off on Canadian adventure at Ottawa

The Ottawa Fury, the NASL fall champion, has appointed Paul Dalglish as its head coach to replace Marc Dos Santos, who left to take a position with Sporting Kansas City's new USL team. Dalglish has worked as an assistant at MLS clubs Houston and Real Salt Lake and most recently served as the head coach and technical director at the Austin Aztex, who have had to go on leave in the USL after their stadium flooded. 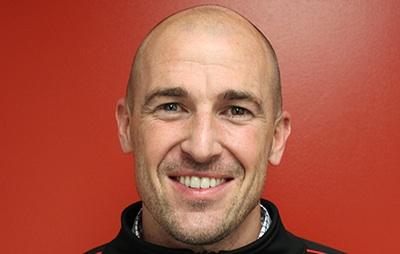 "The head coach position at Ottawa Fury FC has garnered significant interest and, in Paul, we have attracted one of the most impressive young coaches in North American," stated Fury FC president John Pugh. "His passion for the game is infectious and the energy and strong values he will bring to the role will have a very positive impact across the club. Paul will immediately look to further strengthen the roster for 2016 and build on our highlight successful 2015 season."

Dalglish, 38, played in England and Scotland before he joined the Houston Dynamo, which won back-to-back MLS Cup victories in 2006 and 2007.

"I am absolutely delighted with the opportunity to take over an Ottawa team that is in such a good position from the work of Marc and his staff," said Dalglish, the son of Scottish legend Kenny Dalghish. "To get the job after this group had such a successful season is an honour and a privilege. This club is setup for success. The infrastructure is second to none in this league and there is a great environment here. My family and I are excited to start our Canadian adventure."
canada, nasl, scotland, usl
1 comment about "NASL: Dalglish off on Canadian adventure at Ottawa".
Next story loading