History is made: Mapp is MLS's first free agent

Justin Mapp's signing as the first MLS free agent with Sporting Kansas City may not go down in American sports history as historic as Andy Messersmith's signing with the Atlanta Braves in 1975 as the first unregistered free agent, but he termed the process "definitely refreshing, but maybe a little overwhelming" since no one has gone through it. 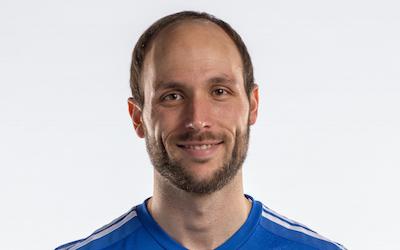 This is the first time players may negotiate with other MLS clubs outside of their previous club with certain restrictions on the new contract. Players must be 28 years of age and older with eight years of MLS service and are out of contract or have not had their option exercised. A total of 26 MLS players are eligible for free agency within the league. Other players out of contract are, of course, free to sign with clubs outside of MLS.

Mapp, 31, has recorded 23 goals and 70 assists in 318 MLS appearances over 12 seasons since being drafted by D.C. United fourth overall in the 2002 MLS SuperDraft. He was an MLS Best XI pick in 2006. He has also played for Chicago, Philadelphia and most recently Montreal, where he was taken in the 2012 Expansion Draft.

Mapp said that once the free agent window opened up, he received interest from several teams, among them Sporting Kansas City, whose coach Peter Vermes reached out to Mapp's agent and expressed interest.

"You’re just trying to take it all in and weigh all the variables," Mapp said. "The players who have played in this league a long time who have helped the league grow kind of deserve this opportunity, especially in the latter stages of their career. They’ve put in the time, they get more of a say as to where they live, where they play, whatever their case may be. So it was refreshing, but the process was definitely something different."

Vermes said Mapp was a player that would attract interest from every MLS club because of his versatility.

"The thing about Justin is that he can play on the left or the right," he said. "He’s left footed, so he can come inside if he’s out on the right and be even more in combination play as a playmaker through the central channel. If he’s playing on the left, he has the ability to serve a ball unlike many guys in this league. I think he’s got one of the best services in the league and one of the best touches. The other thing is he has the ability to take players one versus one and beat them on the dribble. In other situations, he can play behind the forward as a true playmaker."

"We’re definitely looking to add a player to each line," added Vermes. "It makes it easier that we were able to close this opportunity as early as we did because it’s really helped us as well. Now we can concentrate on the other lines of our team. We added another goalkeeper [Alec Kann via the Re-Entry Draft from Chicago], which was an important aspect. So we’re still looking to add another midfielder and another defender."

Vermes likes the introduction of free agency into MLS.

"It truly does give players a choice at the end of their career," he said. "I don’t think Justin’s at the end of his career, but if you’re 28 and you have eight years in the league, you should get a chance to pick a place where you want to be. That’s very valuable because it could be location, it could be a financial decision, it could be the opportunity to play within a style that suits them. It gives them a choice, so it’s another step in the growth of our league."

One note stemming from Mapp signing and confirmed elsewhere: #MLS teams are limited to two signings from free agent pool.

Messersmith and Dave McNally refused to sign new contracts for the 1975 season and were granted free agency, nullifying baseball's reserve clause that had been in existence since the 1880s. MLB and its players then negotiated a form of restricted free agency, allowing players with six years of experience to become free agents. With some modifications, that is the basis for MLB's current free agency rules.

Wide receiver R.C. Owens moved from the San Francisco 49ers to the Baltimore Colts in 1962, but NFL commissioner Pete Rozelle quickly closed the loophole, requiring teams that signed free agents give up draft picks as compensation. That was not struck down by the courts until 1976 but replaced by a still-restrictive "Plan B" right of first refusal ruled illegal in 1992.

NBA players first won limited free agency in 1976 as part of a settlement of an antitrust suit filed by the National Basketball Players Association. The restrictions on the NBA's free agency were later loosened, but it its current rules are the most complicated of the big three U.S. sports.