Jesse Gonzalez, one of the most talented young keepers ever to debut in MLS, will accept an invitation to the U.S. national team camp in January and file the paperwork necessary to switch his allegiance from Mexico to the USA, sources told Goal.com. The move comes after he won the starting job in goal for FC Dallas and helped it finish first in the Western Conference after returning from the Under-20 World Cup, where he represented Mexico. 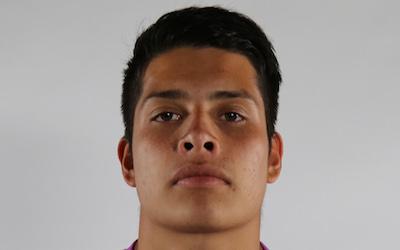 Gonzalez's move will require a one-time switch with FIFA before he can play for the USA, which will face Iceland and Canada at the end of the camp. His move will put him in competition with Ethan Horvath of Molde, Zack Steffen of Freiburg II and Cody Cropper of MK Dons for the starting job on the U.S. under-23 national team that must face Colombia in an Olympic qualifying playoff series in March.

The 6-foot-4 Gonzalez posted a 7-1-3 record with a goals-against average of 0.91 and five shutouts after being inserted in the FC Dallas lineup ahead of Dan Kennedy (since traded to the LA Galaxy) and Chris Seitz. His size earned him the nickname "The Wing" but he also has quick feet and remarkable poise for a player so young.

He was born in Edenton, on the Inner Banks of North Carolina, to Mexican parents but was raised in Dallas. He debuted for the FC Dallas academy at the age of 15 in 2010. He was 17 when he signed a pro contract in 2013. Gonzalez's predecessor in the FC Dallas academy system, Richard Sanchez, was also his predecessor in goal on Mexico's U-20 national team. Sanchez was transferred to Tigres in 2014 but now languishes on its Segunda División (third level) team.