The USA kept alive its streak of qualifying for every U-20 Women’s World Cup when it won the U-20 Concacaf Championship earlier this month, outscoring its five opponents, 22-3. The 20-player roster Coach Michelle French took to the qualifying tournament in Honduras was comprised of eight collegians and 12 high-schoolers.

SOCCER AMERICA: Was your roster heavy on youth club players because the tournament conflicted with the college season?

MICHELLE FRENCH: We try to work hand-in-hand with the college coaches and there was an ongoing conversation as we prepared for the qualifiers in what we were going to do if players were still involved in the NCAA Tournament.

To be fair to all those players, they were told that they were going to be invited and they would be a part of the roster -- but we understood that those whose teams advanced to the elite eight or final four would most likely stay with their college.

SA: About how many players were missing because they stayed with their college teams?

SA: Was there an upside to bringing so many young players?

MICHELLE FRENCH: A tremendous upside. Over the past three months leading up to the qualifying tournament, all of our camps were younger players. They had gotten a lot of experience, on a trip to Honduras and Spain.

But you can’t really create the pressure environment of being at a World Cup qualifying event. So for those players, particularly the 1998 and 1999 birth-year players who still have another potential U-20 cycle as part of their youth national team career -- they got exposure at an earlier age that will be great for their development going forward. 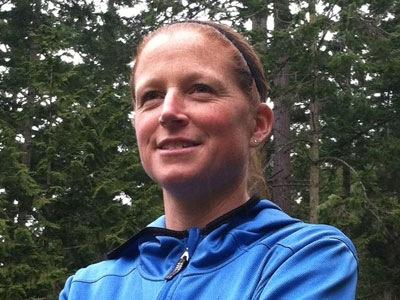 MICHELLE FRENCH: It was a big moment to play Mexico in the first game, and for a lot of these players it was their first big international match that actually meant something. There were definitely a lot of nerves going into that game.

Full credit to Mexico. They way they played took us out of our rhythm. We had to be a little more physical than our team was used to. We had to deal with a lot of balls in the air.

We like to keep the ball on the ground. But you could see us resort to play similar to what they were playing, and we struggled a bit. Going up 2-0 was great but we had a bit of lack of experience on how to handle the moment, and it took its toll as game went on. But I couldn't be more proud of the players' response as we continued in the tournament.

SA: What is your overall assessment of the team’s tournament performance?

The amount of team meetings and individual meetings that we had in a 36-hour period in preparation for the games was a lot. I was really impressed with how the players implemented that information.

I was really impressed with the patience and the sophistication the players played with throughout the tournament.

SA: The tournament took place in San Pedro Sula, Honduras, which is under a U.S. State Department Travel Warning, because of the crime and violence level. What was it like being there for two weeks?

MICHELLE FRENCH: We weren’t allowed to leave the hotel. We had security that we brought with us as well as security that they assigned.

All we did was stay in the hotel unless we had training or a game. You couldn’t go out for a walk or get a cup of coffee.

The players did a great job entertaining themselves, whether it was using the wifi to watch NetFlix or hanging out with each other, which in a good way really helped with our chemistry.

SA: The 17-year-old Mallory Pugh won the Golden Ball and Golden Boot. Former USA coach Anson Dorrance has called her “the Mia Hamm of her generation.” What makes her a special player?

MICHELLE FRENCH: First of all, she’s a tremendous person in regards to how humble she is -- how much credit she continues to give her teammates regardless of the number of accolades she gets.

Without a doubt, she has a team-first mentality. That helps her be so successful. On the field: her elusiveness when she’s on the ball. Her ability to lose players with her movement off the ball. She is so quick with or without the ball. Her ability to understand the flow of the game, how to find little pockets and spaces to be a difference-maker, is some of the best we’ve seen from a youth national team player.

MICHELLE FRENCH: The first couple camps we’ll revisit college players who were with us. And we saw a number of players bubble up during the college season, so it’s only right to give those players an opportunity to come in and fight for roster spot.

And then we’re going to run into that same issue as far as the timing of the World Cup being smack dab in the middle of the college season.

MICHELLE FRENCH: From the club perspective, I think the coaches have done a tremendous job in working on overall technique. With every age group that I’ve been fortunate enough to work with, we can see that their technical level has increased.

I think that April Heinrichs [U.S. Soccer Technical Director since 2011] and Jill Ellis [National Development Director before becoming U.S. head coach] succeeded in intregrating and creating cohesion from U-14 all the way to the U-20 group. There’s a connection about what we’re teaching our players, at what age the players are learning how to use specific skills -- so there’s a more a natural matriculation through the youth national teams. Before, I think it was a little more individual-coach based.

The more we can integrate between ourselves as youth national coaches and get college and club coaches on board with how we want to play, and working together to help players get better – that’s the best-case scenario for individual development.

These players spend most of their time with their club and college coaches, so the better relationship we have with them, and the more we can work together to help develop a player, the better off we’re going to be as a country.