The U.S. Soccer Federation launched the U-17 boys Residency Program in Bradenton, Florida, in January 1999. In October of that year, the USA, with a team that included Landon Donovan, DaMarcus Beasley and Kyle Beckerman, finished fourth at the 1999 U-17 World Cup in New Zealand. The USA has not won a knockout-stage game at the biennial U-17 World Cup since 1999. But the more than 300 players who have attended Bradenton include Eddie Johnson, Michael Bradley, Jonathan Spector, Jozy Altidore and Omar Gonzalez.

John Hackworth served as John Ellinger’s assistant coach at Bradenton from 2002 until taking the U-17 head coaching position in 2004. He coached the U-17s at the 2005 and 2007 U-17 World Cups -- where they made second-round appearances. In 2007-09, Hackworth served as full national team assistant and served as the inaugural Technical Director of the U.S. Soccer Development Academy.

After assistant and head coaching stints with the Philadelphia Union, Hackworth returned to the U.S. youth national team program as U-15 boys coach in November 2014. Last December, he was named U-17 head coach, replacing Richie Williams, and returns to run the Residency Program in Bradenton.

JOHN HACKWORTH: Clearly, I think there’s still a need for it right now.

When we made the decision in 2007 to start the Development Academy, the whole idea was that once we had enough clubs, specifically MLS clubs, operating at the same or better level than [Bradenton] Residency -- then there would no longer be a need for residency.

We’re so much closer to that than we’ve ever been, but at the same time we’re not there yet.

U.S. Soccer has reached an agreement with a couple of MLS clubs to allow their players to stay with their home academies. But yet there are so many clubs that need to increase what they’re doing in terms of player development.

Some of those things are simple. Training more days a week. What U.S. Soccer is trying to get across to MLS academies is they train five days a week, play one game, and have a day off. That’s what we do in Residency.

The idea is simple. Once we can get our Development Academy clubs at the same or better level, there will no longer be a need for Residency. 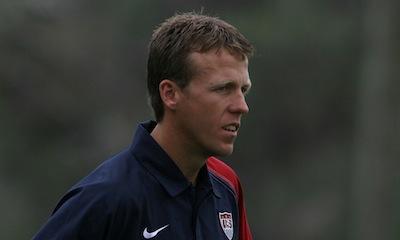 SA: You answered in part what was going to be my next question: Why would an MLS club that’s spending millions of dollars on its youth program think it needs to send its players to Bradenton?

JOHN HACKWORTH: There are certain individual situations where the clubs think it’s better for the player to go to Bradenton. Part of what I’ve been doing in the last weeks is having a lot of conversations with all the MLS clubs and trying to come up with a plan -- which is very different than how we’ve ever operated – for those individuals coming into Residency.

We want it to be very collaborative. If there are times when the MLS clubs want their players to play in their GA [Generation adidas Cup] competition, and when we feel it’s a better competition than what we can give them -- and it’s important for MLS clubs to compete against each other -- we’re going to release the players back to those clubs.

Some clubs want to have some of these young men involved in their preseason training with their first team. Some want to have them involved in USL training for some time. So we’re trying to work with each individual club based on those needs.

It should be a very collaborative process about how we push an individual in ways we collectively feel are best for that individual.

There will be oversight and communication in place so we’ll know what the players who are with their MLS clubs doing on a daily, weekly, seasonal basis.

SA: Are there any similar arrangements with non-MLS clubs?

JOHN HACKWORTH: No, not at the moment.

JOHN HACKWORTH: I get it that everyone only measures the success of the program by the results in the U-17 World Cup. However, the No. 1 objective of the Residency program is player development. If you look at the players who have come through Residency the last four and a half years, there are some exciting young players who have taken the next step in their careers and are now playing professionally.

From that standpoint, Residency is still working. The second objective is to build a U-17 national team that competes internationally. This last cycle had some outstanding results, but ultimately did not reach the expectations placed upon them in the U-17 World Cup. From that standpoint, it is understandable that people were disappointed.

SA: If a player turns down a Bradenton invitation and is not with an MLS club that has an arrangement, will that player still be tracked and considered for the qualifying tournament or World Cup team?

JOHN HACKWORTH: Absolutely. We are in a much better place to scout and track individual player development than ever before.