Thursday's unveiling of the official crest and colors of the the Los Angeles Football Club at Union Station included Mia Hamm and her husband, Nomar Garciaparra, as well as executive chairman Peter Guber and managing partner Henry Nguyen, all part of the ownership group, and city officials, but the person who stole the show was actor Will Ferrell, who was introduced as the latest addition to the ownership group.

“This is not a joke. I'm actually a member of this fine ownership group, and it's very exciting for me. I've never been a part-owner of anything," he said before adding that he was part-owner of an '84 Toyota Camry with his brother. 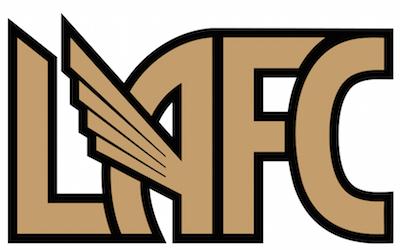 Ferrell talked about his attachment to the game, beginning as a child.

“I grew up playing soccer on the mean streets of Irvine, California, starting when I was 8 years old," he said. "I continue to play club soccer, our three boys all play soccer, my wife played soccer at Pomona.  To say that soccer is a big part of our lives is an understatement, and I’m proud to be a member of this wonderful ownership group.”

The black and gold crest incorporates the iconic “LA," the wing represents the City of Angels and symbolizes power and mobility, and four blades on the wing that represent the pillars of the club and the city’s founding on Sept. 4.

The outline of the crest is derived from the seal of the City of Los Angeles, while the typeface used in the logo design is Art Deco-inspired, reflecting the iconic architecture found throughout downtown Los Angeles dating back to the 1920s.