Dennis te Kloese on Mexican success and the USA's challenges

Dennis te Kloese, the Mexican soccer federation's director of youth national teams, served as Chivas USA’s director of soccer in 2005-08. The Dutchman, who first moved to Mexico in 2003 to become Chivas Guadalajara’s scouting director, was also Tigres UANL’s academy director in 2008-2011. Currently in his second stint with Mexican federation, we spoke with Kloese about the success of Mexico’s U-17 program.

SOCCER AMERICA: Mexico’s U-17 World Cup record since 2005 has included two title wins, a runner-up finish, and a fourth-place finish at the 2015 U-17 World Cup, where Mexico beat Argentina, Germany, host Chile and Ecuador. What are the key reasons are for the program’s success and consistency?

DENNIS TE KLOESE: I think it’s a big achievement that since 2011 we reached the semifinals each time, which meant we played all possible matches – 21 games at the last three U-17 World Cups.

The youth competition has gotten stronger and over the last few years thanks to the initiative of the [professional] league, whose clubs field U-20, U-17 and now also U-15 teams. The U-17 and U-20 teams have the same schedule and travel with the first teams, and face the same opponents.

So when the players aren’t called up by us, they’re playing good games every week. We have a lot support from the clubs. When we scout them we see good games. They’re well trained. They’re sharp.

The support of the league and the club owners is a big part of the success.

Another important factor is we have consistency in the staff of the youth national team program. There’s a lot of continuity and a lot of experience with us here at the Federation. For example, Raul Gutierrez, who was the U-17 coach during the 2011 and 2013 cycle [when Mexico finished world champion and runner-up], now coaches the U-23 team. Raul's U-17 assistant in 2011 and 2013, Mario Arteaga, was U-17 head coach in Chile 2015. 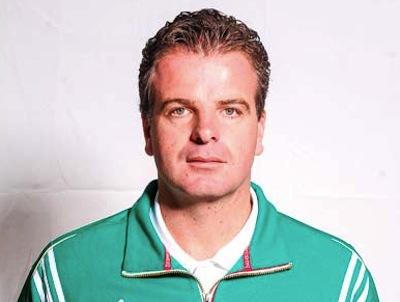 SA: The other way to judge a U-17 program is whether its players move on to the higher level national teams. How is Mexico’s record on that?

DENNIS TE KLOESE: The team that won the 2005 U-17 World Cup included Hector Moreno, Giovanni dos Santos, Carlos Vela and a few players who have had moments of good play within league.

It’s a process and playing in these youth events gives them extra strength to compete at the higher levels. And you’ll see our full national team filled with players who have not only participated but have had success in U-17s and U-20s.

Editor’s note: The Mexico team that won the gold medal at the 2012 Olympic Games included three U-17 World Cup alums and five who played in a U-20 World Cup. Mexico finished third at the 2011 U-20 World Cup.

SA: The USA, meanwhile, failed to win a game at the 2015 U-17 World Cup, failed to qualify in 2013, and hasn’t won a knockout stage game since 1999. Does that record surprise you and do you think it’s reflective of the youth talent in the USA?

DENNIS TE KLOESE: I must say that the time I worked in the U.S. from 2005 to 2008, when we started the Chivas USA academy -- I really enjoyed working there because there’s so much talent and so much eagerness to be part of a professional program.

In Mexico obviously the programs are already settled and have been around for years. But I was always impressed with excitement in the U.S. and how willing the players and parents were to invest time in a professional program, or an ID camp … Parents would drive their kids hours to get them in the best situation.

I was also impressed with enormous amount of talent that came from all kinds of different leagues.

I’ve seen over the last few years how the U.S. game has progressed, MLS and the Development Academy for example, but it’s a huge country. Part of the issue, first of all -- MLS programs are still growing. I think they’re on a very good level and they’re doing the right things.

The U.S. soccer environment is very diversified with all kinds of different ideas.

In Mexico there are different opinions but between the league and national teams, everybody who’s involved in youth soccer in Mexico, most of the biggest percentage wants to go in the same direction. I don’t see that sometimes in the U.S., which probably makes it very hard for U.S. national teams and club teams and academy teams to find the way, to get a grip on so much talent in such a large country.