Two days before the College Draft, Sky Blue FC, one of two NWSL teams without a head coach, filled its vacancy with the promotion of Irishman Christy Holly to the position of head coach. 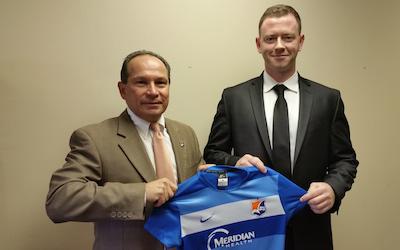 He replaces Jim Gabarra, who took over the Washington Spirit after spending the past three years as a top assistant for the New Jersey  club. Gabarra, in turn, replaced Mark Parsons following his move to Portland.

Western New York is still without a coach following Aaran Lines' move into a front-office position. After no changes between the 2014 and 2015 season, five of the nine returning NWSL clubs will have a new head coach in 2016.

“We are thrilled to announce the promotion of Christy Holly to head coach of Sky Blue FC,” said co-owner Steven Temares in a statement. “Christy's character, leadership and experience with our team and the league, together with his interpersonal skills and training capabilities, make him the right coach for Sky Blue FC.”

“I am excited to lead this exceptional group of players, on and off the field,” he said. “Through my years with Sky Blue FC, I have come to know our current players and the amazing talent and heart they possess. As a team, we will be looking to build on this tremendous foundation and supplement it with new talent to help us reach the next level."